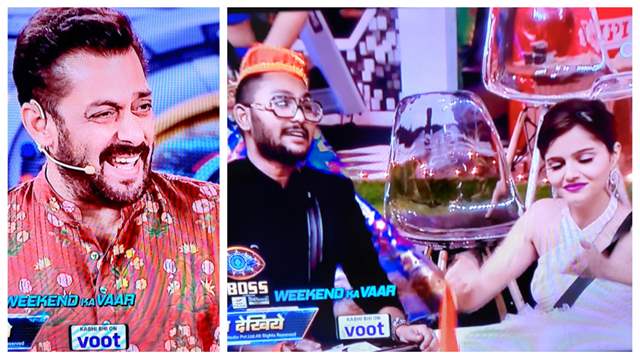 Another weekend ka vaar has gone by in Bigg Boss 14 and once again, it was actually rather boring overall even though there was usual slamming and Salman Khan schooling the contestants.

It ended in a better way where Diwali celebrations have begun and as we saw, the TV bahus and vamps came in to celebrate. Tomorrow, the celebrations will actually continue where contestants will be seen enjoying qawaali and more so throwing taunts at each other in a fun manner.

A lame Donald Trump skit will also take place where a kid will come in playing Donald Trump but called 'Donald Dumb' and shots will be taken at him losing the recent election. Harsh Limbachiyaa and Surbhi Chandna will be a part of and share the stage with Salman Khan.

More tagging each other tasks will take place too. Overall, it does seem like another boring episode kg Bigg Boss 14 going by.