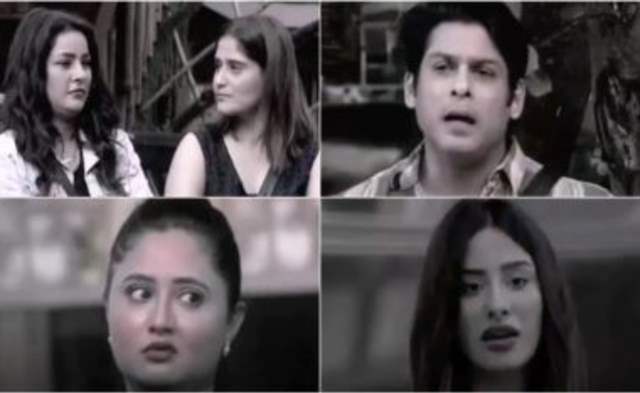 New day, new drama in Bigg Boss 13 house. After a day of an intense argument between Sidharth Shukla and Asim Riaz, the inmates gear up for the BB Elite Club Task wherein the housemates gave various challenges to their opponents. Mahira asked Rashami to apply Mehendi on her face and the latter accepted and performed the task gracefully.

Now, in today’s episode, it will be a big showdown among the fierce ladies of the house, Rashami, Mahira, Shehnaz and Arti.

While Shehnaz and Arti will have a big showdown because of Sidharth Shukla’s choice of saving Arti from nominations and not Shehnaz. The latter clearly has a problem with anyone getting close to Sid and she couldn’t fathom the fact that Sid took Arti’s side. While Shehnaaz created a ruckus out of it, Arti too did not let it go and showed that she is here to stay.

On the other hand, Rashami and Mahira have problems of their own. Mahira will decide to use ration wisely and Rashami will declare that she will cook dinner to which Mahira will disagree and the two will get into a heated argument. Paras will barge in on Rashami and surprisingly Sidharth will try to explain Rashami but she will refuse to listen.

Are you enjoying the show? Let us know in the comments below.

Even after seven decades of independence, are we really ...
24 minutes ago

This Independence Day, Dangal TV actors salute our ...
7 hours ago

Promo Review: 'The Gone Game' Might Just Be a Gamechanger in ...
19 hours ago