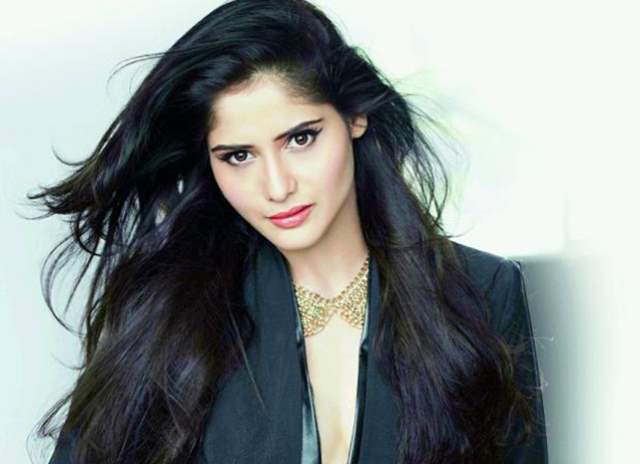 The journey of Bigg Boss 13 has finally ended and the contestants have been sharing their memories with the media. Arti Singh recently spoke about her experience in the Bigg Boss house and expressed how happy she is to have reached the Top 5.

Arti said " I thought I would do well but soon I felt 'What am I doing?' There was so much pressure of the legacy that I had taken along. I was unable to be real because I felt what would people think of me. Eventually, I decided that I have to be myself. "

She said that she was not disappointed for being so close to winning the trophy. The best part for her was when she saw her mother at the door of the house waiting for her. She said that she barely had a huge fan following yet she ended up fifth when compared to the other contestants with millions of following. The actress went on to add, "I don't care who is real or not. I have to be myself, that’s what matters. The lesson which I learnt is: Don’t be so transparent that people take advantage of you. I used to say that I'm weak emotionally, so many tried to lower my confidence. There are very few, who hold your hand in tough times."

She was asked if she ever met Salman Khan before the show. She responded saying, "During the shooting of Partner, my uncle Govinda introduced me to Salman saying 'She is my niece and a big fan of yours'."

When asked about the Sidharth controversy she said that people have loved him and voted for him, so there's no question about that now. She added that Sidharth was someone who used to stand up against everyone inside. Even if he was wrong sometimes, he used to strongly defend himself. That was one thing which made him the winner. When asked about his violent behaviour, she said, "Sidharth always used to apologise immediately. What can you do after that?"

"Not just Sidharth and Asim, there have been several fights in the house. Himanshi ne bhi Shehnaaz ko ek baar dhakka maara tha. Sab kuch hua hai. Talking about that tea incident, Rashami had given her own reaction, so I couldn't interfere in their fight. Also, it's not like Salman Sir didn't scold Sidharth. He was bashed up for that."

She spoke about her bond with sister-in-law Kashmeera Shah and Govinda too. "Our equation is very good. She is very straightforward. Woh meri band bhi bajaati hai, lekin mere muh pe bajaati hai. She will screw my happiness when she has to, but she will not let any third person interfere and say anything wrong about me. Chi Chi Mama has always been very protective. He loves all of us. We look up to him."

She spoke about the rumors about her and Sidharth Shukla "When the show started, there came a headline that Krushna's sister is dating Sidharth Shukla. I didn't find it necessary to even clarify because a rumor is just a rumor. I knew that ghar ke andar jaake sab pata chalne waala hai. I have been in this industry, I know how it is. Even when Rajat Sharma had come inside, he asked me the same. You see, I have a desire to settle down soon, so if normally too anyone broaches the topic of marriage, I end up smiling. It’s not about Sidharth Shukla. Even an astrologer had entered the house and predicted that ‘yeh saal meri shaadi hogi,’ I had started blushing.

If I had any feelings for Sidharth, I wouldn't have gone to ask Shehnaz as to why they’re fighting. I never tried to break them. I have never dated Sid. Nothing is brewing between us and he will never be more than a friend to me."

Arti also confirmed that Shehnaz and Sidharth were never dating even though Shehnaz has said that she has feelings for him several times. She said "You have a point there, but she said several times that 'Mujhe Sidharth se positive wala pyaar hai'. Ab uska positive-negative pyaar kya hai Bhagwaan hi jaane, mujhe toh jab positive pyaar aata hai, mujhe pyaar ho jaata hai. See, she is just 25. At this age, you don't really understand your feelings."

Arti spoke about the swayamvar and said that "Hamare yahan, pehle family dekhi jaati hai, fir ladka dekha jaata hai. Mere ghar pe toh aaj tak yehi chala hai ki khandaan kya hai. That's how it is! So even if I had been offered Swayamvar, I would have never said a ‘yes’ to it." She added that she is someone who believes in love marriage but she hasn't been lucky with love. She has had several people cheat on her. She also said that it disturbed her.

"It was a combo. Aapke life mein koi successful relationship nahi hua hai, aapke paas kaam bhi nahi hai. This was after the show Waaris, which was one of the good shows that I have done. Mere kaam ki itni taareef hui thi that mujhe laga meri nikal padi but uske baad kaam hi nahi aaya do saal. I used to be offered only ghost shows." she said to explain why she was depressed. "I have called casting agents for work. Colors has always given me work. My last show Udaan was on Colors. They have really supported me'', she added.

"See I have had disastrous relationships, in one case I came to know after 3 years that the guy was already with someone for 4 years. Then, somewhere I lost faith in love. But let me tell you, the day I get married, I'll be singing and dancing aloud first," Arti said.

She spoke about Arhaan and how she doesn't want an apology from him. She said that he doesn't have his own life together. She was asked about Rashami Desai " I love Rashami but I didn't like her in the game because our point of views were vastly different. But, she has shown immense strength be it in the matter of Arhaan. Had I been in her place, I would have been shattered. For me, my relationships are very important. So, I'm very proud of Rashami for staying strong."

Later she was asked about Asim and Himanshi's relationship to which she said that she doesn't know what happened after the show ended but she spoke about it inside the house. "I feel when two people are made for each other, woh kisi na kisi tareeke se mil hi jaate hai. Asim really missed Himanshi in the house. I have seen him cry in front of me, many times. He used to sleep holding her bottle of cough syrup! Speaking of Himanshi, I'm sure she also must have faced a lot post her recent breakup with Chow."

When asked about Sidharth and Asim being in the top two, she said "I feel both were deserving enough. Even Asim's journey was very good, the way he stood up against Sidharth all alone. But I knew that Sidharth would win the show because his fan following is way ahead."

At last, she was asked about the temptation to take the ten lakhs and leave. She responded with "No, I was not tempted at all because the confidence that I had gained to win the show, I didn't want to lose it for Rs 10 lakh."

‘Sushant Could Not Sleep for 4 Nights Waiting For Sanjana to ...
15 minutes ago

Erica Fernandes Reveals her parents are staying separately ...
an hour ago

Jay Bhanushali injures his fingers while shooting for ...
2 hours ago

Alia Bhatt gets trolled for turning off comments on her post ...
2 hours ago
View More
TOP