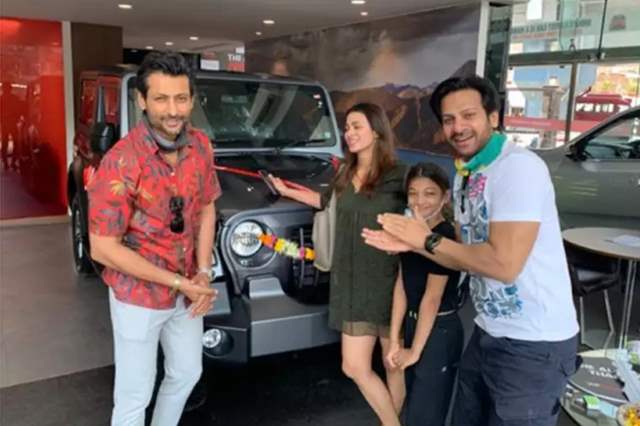 Of all the couples we have seen on the small screen, there is one couple that has been absolute goals almost all the time and that is the husband-wife duo of Indraneil Sengupta and Barkha Bisht Sengupta. After meeting on a daily soap several years ago and falling in love then getting married, the couple has been more in love than ever and they recently celebrated their 13th wedding anniversary on 2nd March 2021. In fact, not only did they celebrate it but Bisht had an amazing surprise for her husband - a much-longed luxury car.

Talking about it with ETimes TV, Bisht said, “It was a long process. Neil has been longing this car and I thought of gifting it to him on our anniversary. But the problem was when I booked it in November, they said it would take 6-7 months for the car to come. I kind of freaked out. I got in touch with the head of the car company and requested them to hurry the process as it was meant to be a gift.”

On the day of their anniversary, Sengupta was out of town and once he got back, Bisht took him out saying they are going out for a test drive. Bisht shared, “I told him that we are going to see the car. He was like the 5-yr-old kid who was jumping in joy after getting his favourite toy. He told me I am the best wife ever. It was a huge burden on me to keep a surprise for four months. It is very difficult to keep a surprise from Neil because he is very good at guessing.”

She added, “He was actually surprised about the fact that I could keep a surprise. I took his signatures without letting him know what papers he is signing on. I told I can easily take away your money by making you sign any paper. Now he is joining all the dots when I made him sign those papers.”

We wish the couple a belated happy anniversary.

2 months ago That's so sweet! Wish the couple happiness!