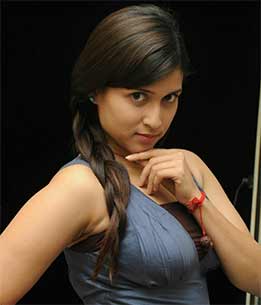 Actress Barbie Handa, a cousin of Priyanka Chopra, will be making her Tamil debut in upcoming crime-comedy "Neeyallam Nalla Varuvada". Barbie has been roped in to feature in a special song.

"Barbie will be seen in a special song. It's not an item number. We have a birthday song in the film and she will be seen in it. We wanted a fresh face and she fit the bill. I saw her performance in a Telugu film and I really liked it," the filmas director Nagendra told IANS.

She will be dancing with actor Vemal in "Neeyallam Nalla Varuvada", which also features director Samuthirakani in an important role.

Before becoming a star in Bollywood, Priyanka too tried her luck with the Tamil industry. She worked with superstar Vijay in the film "Tamizhan".