The story which kicked off with the small-town girl Vidya aka Divyanka Tripathi getting married to the rich but mentally challenged Saagar (Sharad Malhotra) created waves very soon to become the most popular serial on television. The story which now focuses on the reincarnation track has the very popular jodi reborn as Amar and Divya. 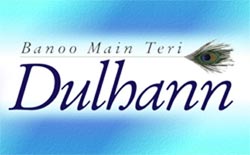 Featured Video
With the completion of 500 episodes, the entire team of Dulhann is going strong and is all set for a longer reign at the TRP chart!! On this memorable occasion, Shyam Bhattacharya, Producer, Shakuntalam Films states, “It is a very nice feeling to cross this milestone of 500 episodes. We are trying hard to become the Number One show on Television!!”.

A very jubilant Sharad Malhotra thanks his fans for showering so much of love on them. “Watch the episode tonight as we complete 500 episodes today. Amar and Divya have a very special scene together and I can promise you that this is the best scene of the serial in these 2 years”, states he. Divyanka echoes the same sentiment and says, “It is a very beautiful intimate scene between Amar and Divya. I want you all to watch it”. Adding on, Sharad says, “Let me tell you, this is one scene that our fans have been craving to watch, post-reincarnation!!”. When asked about the track ahead, Sharad quips, “I think Amar will regain his memory soon”.

When asked to share the one memorable moment or scene, Shyam recollects, “During the initial days of Dulhann, we were shooting a scene where Saagar had to swim; we were not aware that the tide was so high that Sharad Malhotra was almost getting swept off. I can never forget this incident”. The gorgeous Divyanka quips, “The very first scene where Saagar and Vidya meet will always remain close to my heart”.

Three cheers to the team of Dulhann and wish them many more occasions to celebrate!!

14 years ago Congrats Dulhan team for completing 500 episodes.Gr8 achievement.Wish to see at no.1 again!

14 years ago congrats to the dulhan team
great 500 episode

+ 2
14 years ago Congrats to dulhann team on completing 500 episodes! Last night's scene was indeed a treat for all SD fans!

and yep todays seen was something we have all been craving....thanx for this =)

14 years ago Today really did have the best scene

congrats to the BMTD team on completing 500 episodes... and hope they continue on for another 500!