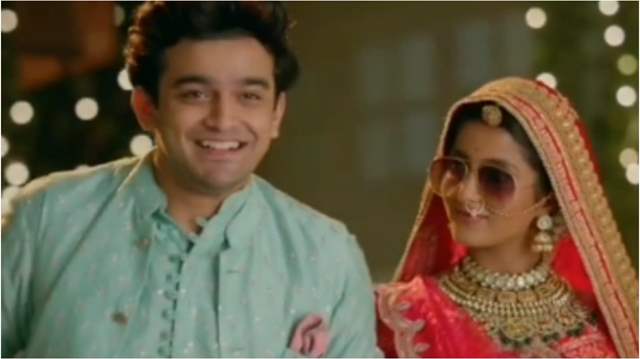 Star Plus show ‘Banni Chow Home Delivery’ is getting quite interesting with each passing episode. The current track of the show revolves around Banni being stuck up at Rathod mansion. She’s unable to understand about Yuvaan’s changed behavior post wedding.

The current track of the show revolves around Yuvaan behaving weirdly with Banni and she’s in a dilemma. Manini is up with a major conspiracy and is wanting to break Yuvaan and Banni’s relationship. She has changed into a positive person and is pretending to be Yuvaan’s well-wisher. However, she has a major conspiracy rolled up under her sleeve.

Now, India Forums has learned about a major development in the show in the upcoming track. Read on to know more.

In the forthcoming episodes, Banni takes Yuvan to the planetarium to apologies to his mother, but Manini comes down, taking her form and manipulates Yuvan into believing she is his mother. She makes him swear it is a secret between them.

Banni doesn't understand his changed behaviour towards Manini and worries about it. Manini starts messing with Yuvan, using him in her schemes to get her way since he accepts her as his mom.

Banni struggles to balance her husband and her business and the Rathods don't make it easy for her.  Banni begins to find clues as to what happened and realizes something went down in the planetarium. Banni finds out the truth.

Are you excited for the upcoming episodes of ‘Banni Chow Home Delivery’?  Hit the comments section below.