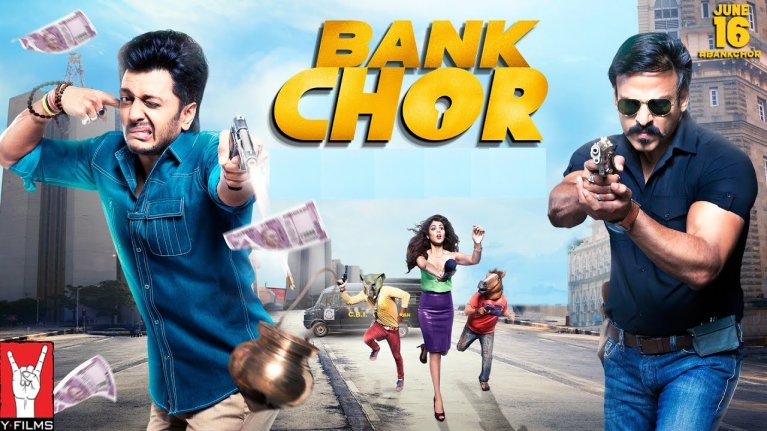 "Bank Chor" has passed the censor test with a U/A certificate, with minor audio dubs and without any visual cuts.

With actors Riteish Deshmukh and Vivek Anand Oberoi in lead roles, it is the story of three men who choose the worst day possible to rob a bank. The three 'chors' -- Champak, Genda and Gulab -- are simpletons and their banter has no adult humour, read a statement from Y-Films.

The team wanted the film to appeal to family audiences.

"Throughout the making of the film, we kept family audiences in mind and we are so glad that the film has got a rating that will attract all kinds of people to the theatres on June 16," said Riteish.

Vivek said: "Even though my character plays a badass cop in the film, we refrained from showing him smoking or using any cuss words as we didn't want to alienate younger audiences and families from the film. So 'Bank Chor' now earns the accolade of being one of the cleanest comic thrillers ever."

Soni Razdan supports Rhea Chakraborty: “She was an innocent victim of ...