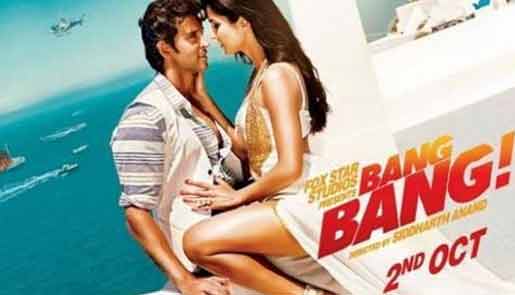 Hrithik Roshan-starrer "Bang Bang", which has raked in over Rs.4 crore within the first week of its release in Kerala, has become the most successful Hindi film in the state. A delighted Hrithik thanked audiences for the overwhelming response.

"I'm overwhelmed with the response to my film in Kerala. Thank you showing your love and making my film successful," Hrithik said in a video, available on online video-sharing platform YouTube.

"'Bang Bang' is the most successful Hindi movie in the history in Kerala with a record collection of Rs.4 crore in a week," read a statement.

In Kerala, "Bang Bang", which is directed by Siddharth Anand, released in Hindi in 105 screens. On the release day, the film had nearly 40 shows in Kochi.