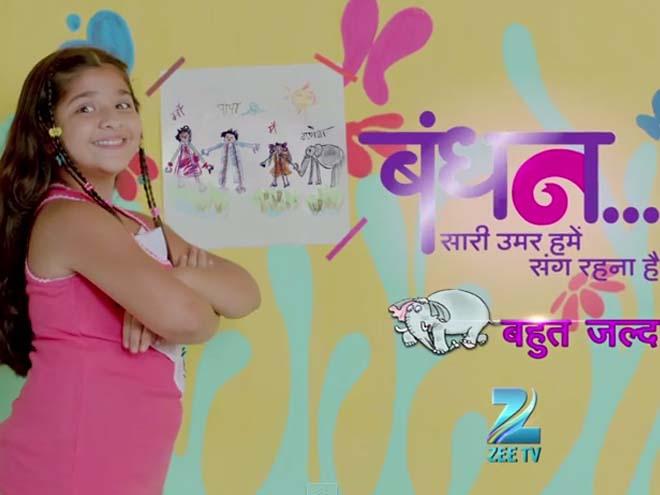 "Bandhan Saari Umar Humein Sang Rehna Hai", a new prime time offering by Zee TV, will depict a unique bond between a little girl and an elephant calf whom she accepts as her younger brother.

Produced by Swastik Productions, the show is described as "a heartwarming story of a very tender relationship between two innocent souls - one based on the most basic emotion of love and affection for one's sibling, standing by each other through thick and thin and completing each other", said a statement.

"Bandhan...", set in a jungle, will take the viewers through the innocent world of Darpan and her family.

The show has been shot extensively in the forest lands where the Karnik family stays in a picturesque house, with a river flowing by its side - a contrast to the grand sets they are used to seeing in daily soap dramas.

Actor Aditya Redij will be seen playing the role of Darpan's father, while Shweta Munshi will essay his wife.

Talking about his role in the show, Aditya said: "It's an interesting experience to play a forest ranger and shoot at real locations in forests that lends authenticity to the show.

"Viewers will be amazed to see a depiction of a brother-sister relation in a different way altogether where a family accepts an elephant calf as their daughter's brother.""

The show will be go on air in September.

wow super 1st epi n u rocks so lovely different story i love so much n my fav elephant super... Aditya u as forest Ranger Rocks.. waiting for tonight lots of love...

Love ADITYA REDIJ waiting for tonight Bandhan all the best.