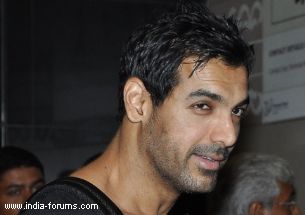 The actor visited the school and even posted a picture on Twitter.

"At Loyola high school, Jamshedpur. Our next production 'Banana'," he posted on the microblogging site along with a picture of him addressing a number of students.

The film's story revolves around a young boy who tries to deal with the experiences life hands out to him and John believes that the film will appeal to all age groups.

John To Do Action like The Hulk in Satyameva Jayate 2, says Director ...