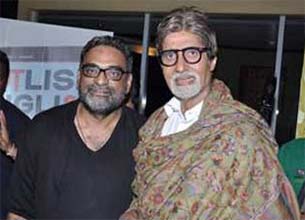 Megastar Amitabh Bachchan, who is eagerly waiting to start shooting for director R. Balki's next project, says that some part of the movie will be shot abraod.

The 71-year-old was seen in Balki's unconventional film "Cheeni Kum", which was majorly shot in London.

"Work on Balki's film shall start by the middle of March ... and continue for some time ... there is material to be done overseas; I don't know where, but somewhere worth its travel," Bachchan posted on his blog srbachchan.tumblr.com.

Actor Kamal Haasan's younger daughter Akshara will make her debut with the film, which will also feature southern actor Dhanush.