Bakhtiyar Irani, most remembered as Shahrukh Batliwala of Batliwala House No. 43 will be seen essaying the role of SRK or Shiv Raj Khosla in Lo Ho Gayi Pooja Iss Ghar Ki. In conversation with Telly Buzz, Bakhtiyar talks about the role he plays in the show. 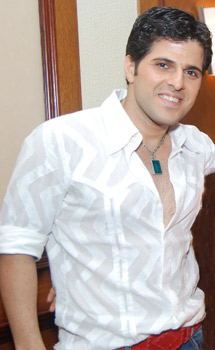 Bakhtiyar plays Shiv Raj Khosla or SRK in the show, who aspires to be a famous hero but ends up as a senior junior-artist. Talking about his character, Bakhtiyar says, “I play an aspiring actor and is married to Titli, played by Tanaaz. Although not shown in the initial episodes, Shanti Devi is completely against the relationship. The reason we click is because we are both Bollywood buffs. Although I do not get very far in my acting career, I do become the senior most junior artist and all the other junior artists respect me.” Adding further he says, “When Pooja comes to Mumbai and has no-one, SRK meets her and saves her from the clutches of goons and takes her to Shanti Bhawan. SRK is like a father figure to her.”

Bakhtiyar is seen in a daily soap after a hiatus. Why so long to get into a daily soap, we ask. Bakhtiyar replies, “It was not about taking a long time. Basically, it is a conscious effort on the part of the actor and I as an actor would not take up any rubbish. If it was just about earning the money, I could have done the standard roles of being a sidekick years back, but I chose not to do it. It is a personal choice and you should do good work. At the end of the day, when I do any substantial work, I would want to be known by my character. I was known as Shahrukh Batliwala. I was known as Bakhtiyar in reality shows and the same way I want to be known as SRK in this show. I have learnt to be choosy about my characters now.”

And what does the future hold for Bakhtiyar? “Well currently, I am doing STAR One’s reality show, Zara Nachke Dikha. I am still in Yes Boss on SAB TV. And I am doing two movies, one called Love Ka Tadka, produced by Gautam Adhikari and Karz with Himmesh Reshammiya. I also plan to get into direction very soon. Who knows, I may begin my foray into direction with this show itself”, says Bakhtiyar as he signs out.

Pooja Hegde opens up about her busy schedule: It is Satisfying to be ...

prettyasjen 12 years ago When I saw SRK on the title of the article I was like WHAT? I have to check this out n then realised they r talking about another Shah Rukh not Shah Rukh Khan hehehehe

sweet_shagun 12 years ago I am looking forward to watch ths show!!