From being the most expensive film to having an international team working on the VFX of the film, the film has always been in conversation for its elaborate scale.

The content of the film have been raved about from the trailer, the songs, the costume or the magnificent waterfall and visuals which will be seen in the film. Coming from the nuanced director Rajamouli there is a lot of excitement for the release of the film. 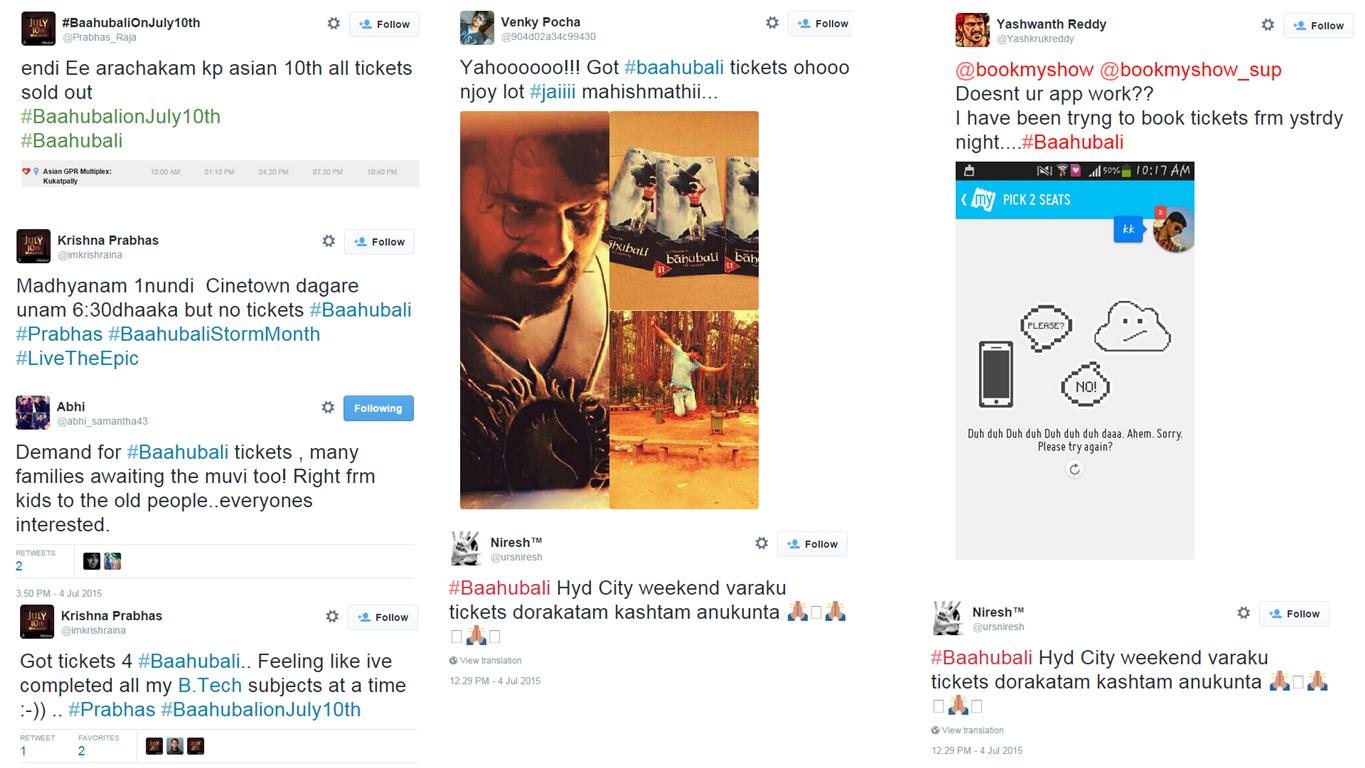 The moment the news of Bahubali's online booking commencing went viral, many ticket booking websites was reported to have attracted enormous traffic.

So much so, that the heavy traffic witnessed by the site, resulted on the site crashing leaving it non-operational for a few hours. Immediate action was initiated and the website was made operational again. The tickets for the film in almost all centres were sold out within few hours.

Producer Shobu shared, "It's a compliment for all the people who have worked so hard on the movie over the last three years. We are extremely thrilled and can't wait for everyone to see our labour of love."

The film is set to release on 10th July.