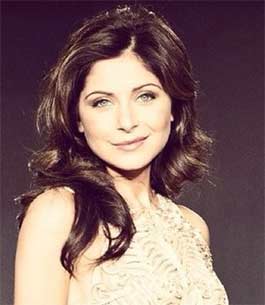 After hit Bollywood number "Baby Doll", Meet Bros Anjjan and singer Kanika Kapoor have now teamed up for "Love Letter" for "The Legend of Michael Mishra".

Composed by Meet Bros Anjjan and sung by London-based singer Kanika, who is an Indian Punjabi Sufi folk singer, "Baby Doll", which was picturised on Indo-Canadian adult film actress Sunny Leone for the movie "Ragini MMS 2", became a chartbuster.

Now they are set to create the same sensation with "Love Letter", which will feature in Manish Jha's directorial venture "The Legend of Michael Mishra" that stars Arshad Warsi, Aditi Rao Hydari, Boman Irani and Kayoze Irani, said a statement.

Shareen Mantri Kedia and Kishor Arora of Eyecandy Films and WAVE Cinemas have co-produce the film.

Talking about the song, Arora said: "Being a quirky comedy with a different narrative, getting a fun fast paced track like 'Love Letter' as part of the film's music felt like the right decision."

"Kanika's voice and the beats by Meet Bros fall in beautifully with the fun tone of the film. After hearing the song, Manish Jha and I knew that this was a perfect track for our film. Meet Bros have done a great job with the track and Kanika has sung it with a lot of vigour," he added.

The film shoot is close to completion.