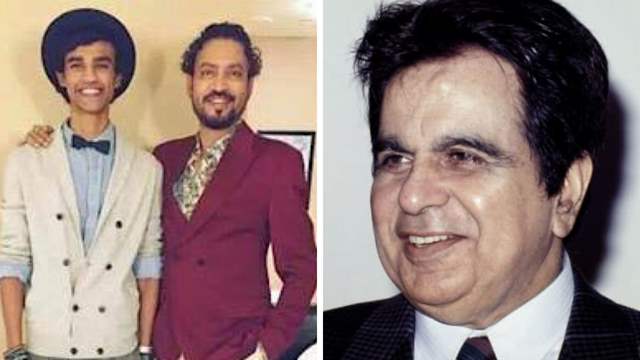 Bollywood’s legendary actor Dilip Kumar passed away at the age of 98 on July 7. After undergoing treatment for bilateral pleural effusion, Dilip was discharged from the hospital. He was then again admitted to the Hinduja hospital after he complained of breathlessness.

Dilip Kumar was an inspiration for many actors including the late Irrfan Khan. His son Babil Khan took to Instagram to pen an emotional tribute and shared how he and his father were awestruck by Kumar.

Sharing pictures of Dilip Kumar's autobiography that was signed by him, Babil wrote;

“I was at our farmhouse, preparing for ‘Qala’ when I got the news, how ashamed I was to just drop a little story for the death of a man that inspired Baba and I for uncountable ages. Baba used to watch Dilip saab in complete Awe, and trust me there were very very few instances when Baba would feel awe-struck, the great Dilip saab was one to demand that from him through his irreplaceable charm and subtlety. I remember the first time I fell in love with Dilip saab, it was ‘Andaz’. His portrayal of the immensely complicated emotion that he had to project in the song ‘Toote na dil Toote na’ , I knew I was in love."

"I am so grateful that we as a family had a chance to be mesmerised by him together. Thank you so much Dilip Saab, you were way ahead of your time. | When we received this copy of his Autobiography signed by him, baba and I were a little overwhelmed, in the best way. To touch these pages. I cannot explain how it feels."

Dilip Kumar’s funeral was conducted at Juhu Qabrastan at Santacruz Mumbai where he was laid to rest with full state honours.