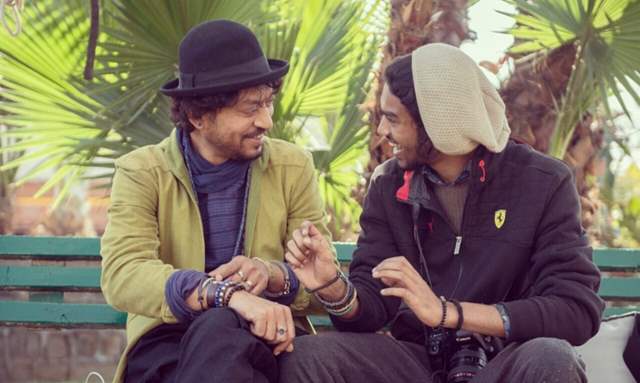 Irrfan Khan’s son Babil Khan often shares memories of his father or expresses the conflicts he faces with heartfelt notes. In his recent post, the aspiring actor addressed a note to his father Irrfan and spoke about his insecurities and dilemma. He also shared an old picture of the actor along with the post.

“Hey man, I am so lost. I can’t figure out who to trust. I doubt my self, you know? I’m insecure, I’m frightened by the prospect of a godless world. My mind is in war with my gut, I am hopelessly falling In love with attention, I am hopelessly heartbroken that it’s all for nothing (sic),” Babil Khan wrote in his note addressed to his late father Irrfan Khan.

Shortly after sharing his thoughts, he received immense love and support from his fans and a few celebrities from the industry. Actress Sandhya Mridul commented, “It’s hard but not hopeless but someday it will make sense .. I know this .. sending love.” Even Miss India Adline Castelino, who emerged as the 3rd runner-up at the 69th edition of the Miss Universe contest, dropped heart and awestruck emojis in the comments section.

One of the fans commented, “Your vulnerability itself is proof you’ll figure it out. All the love and healing.” While another fan wrote, “Trust yourself and your gut. Fall in love for the moment, if you want, cause, you can always come out of it. I shall hope that you will be able to re-collect all those broken pieces Babil. ?? more strength and love to you.”