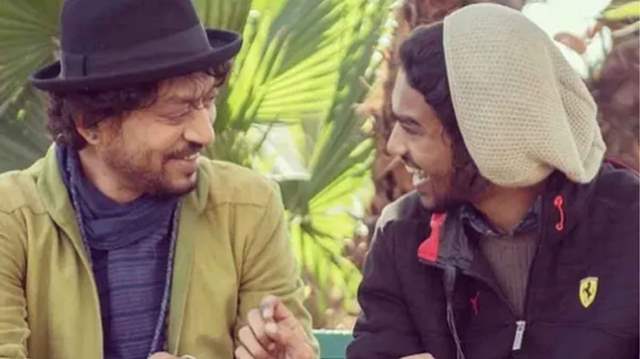 Nepotism has long been a hot topic in Bollywood for years now with the country divided on the issue. Much has been said about nepotism in the industry over the years, and this hot topic has resurfaced today as yet another star child prepares to make his acting debut. We’re talking about Babil Khan, Irrfan Khan's son, who is making his acting debut in Anvita Dutt's Qala opposite Triptii Dimri.

Babil admitted in a recent interview with GQ that nepotism exists in Bollywood and that he landed the role in Qala in part due to his lineage. Babil also expressed gratitude for all of the opportunities that have come his way, without which he would have been a rank outsider. "Pressure is in and of itself a privilege.The expectations placed on him reflect his privilege. He further added, One can either berate themselves and feel guilty, or can accept it and incorporate it into their work with humility. He has chosen the latter option. He is grateful for the opportunities that others will not have as easily as He did. He also stated that  "It would be such a waste if He couldn't use and justify the privilege through his craft," the young actor emphasised.

Babil also stated during the interview that he is well aware that he will always be compared to his father, Irrfan. Indeed, the young actor referenced Irrfan Khan's words, "He’s screwed," when asked about his father's reaction to his acting ambitions. ”he was an expert at what he did, but Babil will need a high level of skill for it”.

+ 8
5 months ago his father was a loved and critically acclaimed actor. is everyone gonna be crying nepotism left right and centre if his kids decide to act now ?

+ 3
6 months ago I respect his honesty cause these celebrities children use it and pretend it was there talent, not there Legacy name. LOL. Good luck Babil