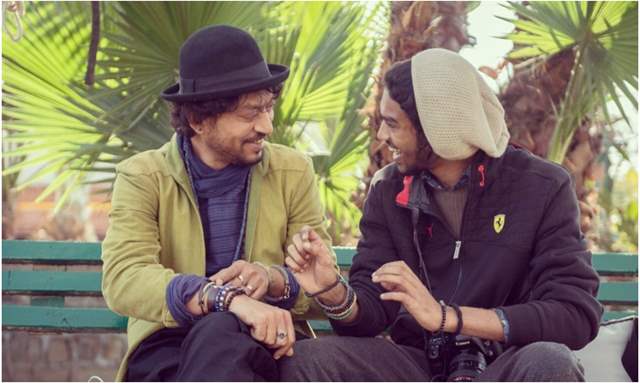 The impact of Irrfan Khan’s demise wasn’t just limited to his family or friends. The news of his death, shocked the entire nation leaving his fans deeply shaken. While his family and fans cope with the loss of legendary actor, his son Babil has kept the actor alive with his social media posts and in a recent post, he informed of being approached for yet another film.

Babil took to his social media handle to share good news with his followers and revealed that he received a call for yet another offer to act, for yet another film. However, he put forth a mind-boggling question that might leave his fans teary-eyed. Sharing young Irrfan Khan’s image Babil questioned, ‘Now what sense does all this make without you Baba?’

“For in my dreams, I have no knowledge of your desertion. In my dreams today, you told me you were about to leave me and you held me for so long. Imagine the fact that I just woke up cause my phone rang for yet another offer to act, for yet another film. Now what sense does all this make without you Baba? I’d rather keep dreaming. (Tears make it hard to type, someone invent a phone for people that cry a lot plis),” read Babil’s caption.

The aspiring actor seemed to have been left in tears while writing about the new opportunities he has received.

Soon, the post was flooded with messages from the fans, as even they seemed to have been taken aback by the post and Babil’s caption. One of the users wrote, “Reading this was soo painful yet impactful. Stay strong! Definitely Sir is making ways for you,” while another one wrote, “He is here around always watching you.”

1 months ago Bahut mileage kha raha hai apne dad ke naam par. He is suddenly behaving like a celebrity after Irrfan's death. Trying to fool people that he is not like the other nepo-kids. Your father's name and fame are his and his only, pls don't try to bask in your father's glory.