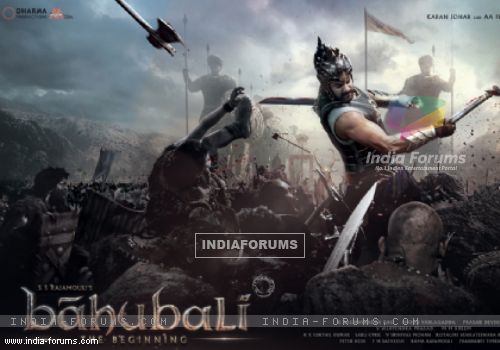 "'Baahubali' has paved way to very good response from exhibitors in Andhra and Telangana. This was a market where we had the least number of screens, but thanks to 'Baahubali' and upcoming film 'Rudhramadevi', we have witnessed a considerable rise in the number of Atmos screens in the states," Kedia, senior regional director - India, South East Asia, ANZ of Dolby, told IANS.

Atmos unleashes the potential of sound in storytelling by giving filmmakers the creative freedom to easily place or move sounds anywhere in the movie theatre.

Thanks to "Baahubali", which releases in cinemas worldwide on Friday, several exhibitors across the country have added additional screens with the technology.

"The quality of the content is amazing. I haven't seen anything like 'Baahubali' in India ever. And since it's releasing in Telugu, Tamil, Hindi and Malayalam, we're targeting to release it in all the 100 Atmos screens in the country, depending upon how the shows will be programmed," he said.

In south alone, "Baahubali" is expected to release in over 50 Atmos facilitated movie screens.

The company's journey so far has been very successful.

"Considering we had just one screen when we started a couple of years ago, it's very encouraging to see we have come this far. The excitement we're seeing from filmmakers and exhibitors is proof to our success," Kedia said, and added that actor Suriya's recently released Tamil thriller "Massu" was their 100th title.

"What's really encouraging is that no longer conversations are about the cost involved, as filmmakers are more concerned about providing the best experience for audience. It's more about enhancing storytelling with the technology," he added.

Globally, the company has approximately 1,000 screens and 300 titles to its credit.

Pankaj says the adoption of the technology has been very rapid in India.

"Thought the Indian market has some concerns like regulated ticket pricing, we've still managed to create an impact in key southern markets like Kerala and Tamil Nadu," he said.

Pankaj admits the southern film market has major contribution in the success of Atmos.

"We had a ball of success in south. One of the surprises has been the Kerala market. We already have 15 screens installed and more are coming up. Several iconic theatres are getting refurbished with Atmos," he said.

"South has been a very interesting market for us. It was traditionally a market where Dolby digital didn't do well in the past. With Atmos, we've been very fortunate and it has resulted in a positive story," he said.

Some of the highly anticipated releases in Dolby Atmos include "Puli", "Rudhramadevi", "Maya" and "Azhar". The last one is a biopic on former Indian cricket captain Mohammed Azharuddin.