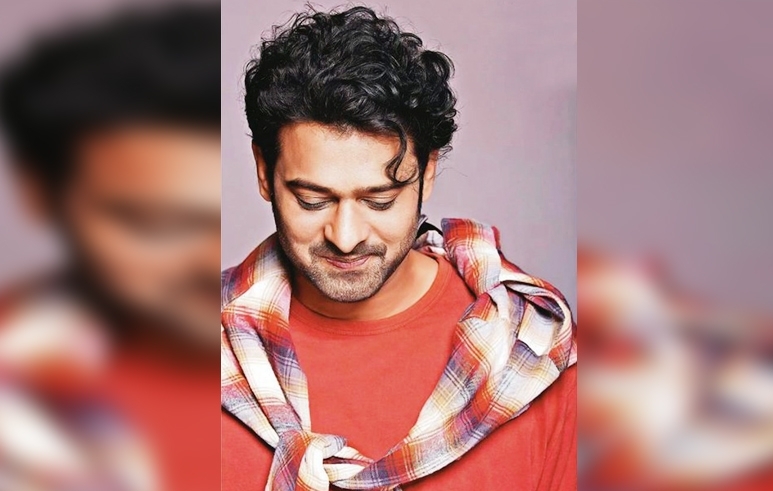 Actor Prabhas is all set to make a comeback with his next movie 'Saaho' where in he will be donning a new modern avatar. 'Saaho' is said to be a mega budget action movie that will be shot across exotic locations and Abu Dhabi is one of them.

Neil Nitin Mukesh has been finalised to play the lead antagonist and the 'Transformers' fame and renowned choreographer, Kenny Bates has been confirmed to shoot some of the action scenes.

This sounds like a royal feast for all the 'Baahubali' fans already!

Recently, Prabhas' new still from a photoshoot leaked and became a subject of speculations on social media. Considering that Prabhas has to sport an ultra mordern look, he has maintained a soft stubble and has chopped off his long hair.

According to a source, it was earlier confirmed that Anushka Shetty will play the character of lead actress in 'Saaho' but now, there are speculations as she might loose the role due to her weight issues.

The lead actress has to don a super sexy avtar, so the makers require the actress to be super fit. Since she is still five to seven kilos over weight, there is high probability that Anushka might not be a part of this film and this has come in as a disspointment to many fans.

If reports are to be believed, Prabhas is expected to begin the shooting by the end of July. The film will be releasing in Telgu, Tamil and Hindi. Prabhas is going to dub in Hindi as well.

Intuitive 3 years ago That is not his Sahoo Look. It's for Gionee Ad.

Anyways, he is super handsome. I can't just keep my eyes of him. Love you darling, Prabhas!

Pilu05 3 years ago Love you Darling... Every kind of look it is just wow on you

jasmeet92 3 years ago Prabhas & Anushka Again Share The Big Screen Together. So Happy For Both Of You :-)

FreedomOfSpeech 3 years ago Oh man you're looking like a chocolate boy of course no doubt. I loved this look after your Billa/ Mr.perfect . Prabhas is going to rock in sahoo hopefully with anushka again

. And I am so happy that you're getting lime light after your incredible performance in baahubali #2

kinny_ranvir 3 years ago Very happy to hear about Saaho. Prabhas and Anushka shetty are fabulous actors