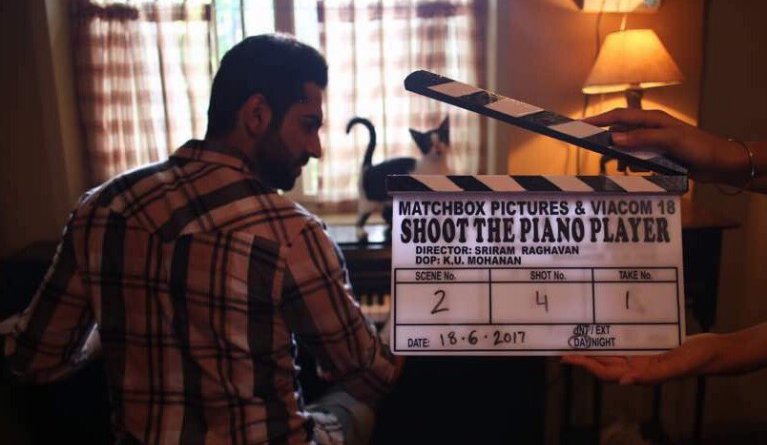 Bollywood actor Ayushmann Khurrana has started shooting for his next film "Shoot The Piano Player".

Ayushmann on Sunday took to Twitter to share a photograph of himself from the film's shoot. In the image, the actor can be seen playing the piano and a clap board can be seen too.


"Shoot The Piano Player", which is being directed by Sriram Raghavan, might also star Tabu and Radhika Apte in lead roles.

Other details related to the film, which is being co-produced by Viacom 18 Motion Pictures and Matchbox Pictures, is still under wraps.

Radhika Apte fans are super excited for the release of Raat Akeli Hai ...