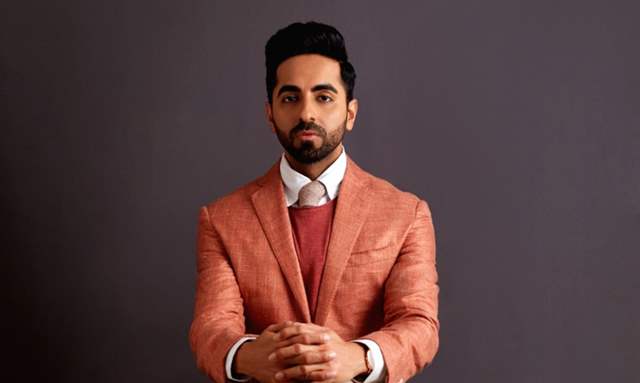 Ayushmann Khurrana is often referred to as the king of Off-beat cinema and he has amazed the audience with his film choices. Currently, he is working with Jitendra Kumar for his upcoming film, Shubh Mangal Zyada Saavdhan which is all set to hit the screens on February 21, 2020.

A section of the audience has regularly applauded him for film choices and his nothing less than the sensitive topic. During an interaction with IANS, he also spoke about how he tries to risk the chances of trying to achieve a different cinema.

"For me, the yardstick of success has never just been about how much money a project makes. I would love to leave a body of work that I'm proud of because I stand for cinema that's different, that tries to make you think. I want audiences to always think that I took the risk while trying to give them different cinema.”

Ayushmann is on a working spree for the release of his next and feels that the audiences are tired of the routine and as an entertainer, he is only trying his best to give them films that they have not seen before. "For me too, it's a learning process and I'm constantly evolving as an actor with every film," he said.

Ayushmann feels happy that he is an actor in today's progressive day and age."As an artist, I'm fortunate and privileged to be living and working at such times. I'm proud of my country and industry for the progressiveness that it has shown in the recent past and I'm grateful that I'm part of such a vision like 'Shubh Mangal Zyada Saavdhan' that tells us about important life and societal lessons," he said.

Recently, Ayushmann and Jitendra’s Shubh Mangal Zyada Saavdhan has seen a new development after the Central Board of Film Certification (CBFC) has certified the film with U/A.

"It’s been a decade since I last spent New Year with family": ...

"I feel responsible when I’m personally reaching out to people across ...