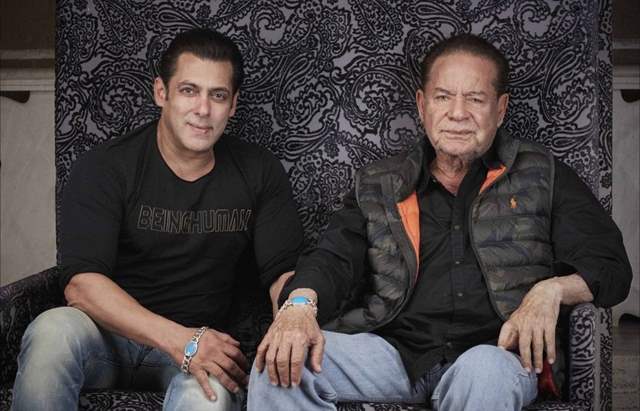 Salman Khan always had a huge crowd gathered outside his residence, Galaxy Apartments every year on the occasion of his birthday and the auspicious days of Eid. Fans used to gather in thousands to see the glimpse of Khan family and shower their wishes on them.

And returning the gesture, the whole Khan Khandaan including the head of the family, Salim Khan, his two begums, Salma Khan and Helen and his star sons, Salman Khan, Arbaaz Khan and Sohail Khan and also his daughter Alivra Agnihotri and Arpita Khan Sharma used to stand at the balcony and wave back to the crowd and exchange wishes.

However, this year, things were pretty different for Salim Khan as his complete family has been scattered and is away from him owing to the lockdown that ha been imposed due to the on-going coronavirus pandemic.

From having a hordes of people outside Galaxy to seeing empty streets now, Bollywood's well-known actor, producer and screenwriter Salim Khan says that he's quite used to the empty streets now.

"It has been going like this from over last two months. I am used to it now," he says.

With the city being in a lockdown, Salim says that though it was Eid, he and his family had a normal day today at home. "I followed my regular routine. I woke up early and went out for my morning walk. I came back and did things that I do on a normal day."

Also, what's unlikely about the day is that his son Salman is away from him and is stationed at their farmhouse in Panvel. "He has been spending a lot of time there. I just spoke with him today on the phone and we exchanged wishes. We are always in touch with each other through our regular phone calls," he adds.

Ask him what's cooking on the occasion, may be a special dish and he is quick to add, "Bilkul nahi, buss regular khaana hi bann raha hai."

Sajid on how things have changed post Wajid's death