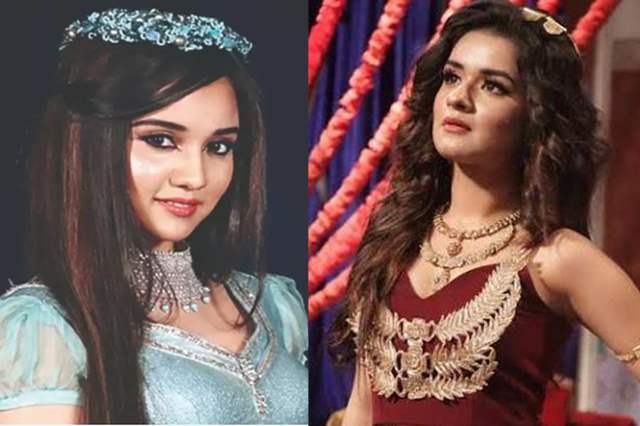 As the lockdown for shooting purposes is technically lifted and we have witnessed how multiple shows are all set to be resuming shoot soon (some of them have done already), several changes are indeed happening.

One of the most popular shows for Sab TV, Aladdin Naam Toh Suna Hoga will witness the biggest development as leading lady Avneet Kaur has quit the show.

Yes! That's right. According to Bombay Times, Kaur has quit Aladdin: Naam Toh Suna Hoga. And replacing here in the show is none other than actor Ashi Singh, who we best know as Naina from Yeh Un Dinon Ki Baat Hai. Just before the lockdown was imposed, Singh was finalized to play the grown-up character in Dil Jaise Dhadke Dhadakne Do but the show was finalized to go off-air in the lockdown period itself.

However, it is now sealed that Singh will be playing the role of Yasmin in the show. Singh confirmed the same saying that as an artiste, she strives to play different roles and Yasmine is indeed nothing like Naina. She also added how she never thought that she would be a part of a fantasy show so when Aladdin was offered to her, she didn't think of anything else. She said how she is excited to perform action on-screen for the first time and how she will work hard to play the part convincingly.

On replacing Kaur, she mentioned how she never wanted to replace anyone and it is difficult to surpass a benchmark set by the original actor. Though she pointed out that this three-month break will probably work in her favor as the viewers will have to reconnect with these shows and it will be easier for them to accept a new face.

When it comes to Kaur, she also confirmed saying that she left the show because of the coronavirus crisis. She suffered from dengue last year and resumed work despite her immunity not being strong. She also added how there was added stress of her board exam preparation and hence that made her really weak.

So, she is currently scared to resume shooting and hence her parents and she decided that it is better if she quits. She concluded saying she is sad but health comes first.

SamW92 1 months ago @Juhi_04: I'm male, not madam. Everyone is entitled to their opinion and I've put mine for the betterment of show. I've not crossed any line. You've crossed the line with your post by trying to hinder my freedom of speech. #EveryOpinionMatters

Juhi_04 1 months ago @SamW92: Madam, your comment is very rude. You saying that don't like ML was fine. But then wanting the ML to be replaced and saying Ashi will make it her own show by overshadowing the ML was crossing the line from you. You would not like it if someone said like this about the leads of the shows you watched. What about the people who are watching the show from more than 1.5 years? What about the efforts Sid did for the show all these months? If Sid is replaced then let's see who watches this show. Do you think it's easy for another actress to come after more than 1.5 years and make the show her own by overshadowing the male lead that also a show which is male-centric with male title name? You are joking right. Lol.

SamW92 1 months ago Health comes first. I would have loved if Avneet Kaur stayed. She was lone heart & soul of the show for me. All the best to her for her future endeavours. As far as I'm concerned, I don't like the male lead at all & wish he was replaced ! Ashi Singh is a very powerful & competent actress & I'm sure that she will make the show her own by completely overshadowing the male lead.

Juhi_04 1 months ago What nonsense? They should have shot without heroine for some episodes like they did last year till Avneet is ready since the show is anyway titled Aladdin and mostly around his character. Nothing against Ashi but she will unnecessary get lot of hatred. It would be impossible to accept her as Yasmine since we are used to seeing Avneet as Yasmine for more than 1.5 years.

Sujz 1 months ago Can't wait to see Ashi as Yasmine!