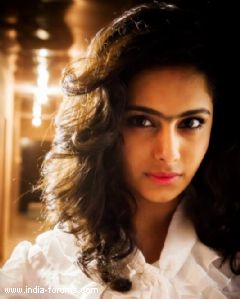 Television actress Avika Gor, who is making her Telugu cinematic debut with romantic-drama 'Uyyala Jampala', has already earned a name for herself in the market through the dubbed version of her TV show 'Balika Vadhu', said its director Virinchi Varma.

Avika has gained immense popularity through 'Chinnari Pellikuthuru', the Telugu dubbed version of 'Balika Vadhu'. It was her debut TV show in Hindi, but she is no longer associated with it.

"She isn't a new face because almost every Telugu household can recognize Avika through her serial now. I cast her keeping that in mind and I know for a fact that it will work in the favour of the film. With this film, she is only going to gain more popularity," said Varma.

"In the film, Avika essays a character in which she grows. Her role will appeal to youngsters as well as adults because the story has several tender moments that will strike a chord with the viewers from start to finish," he added.

srdevi 6 years ago All the best Avika Gor for your movie and may u achieve all the success u deserve.

Nice to see u in a character similar to little Anandi

...Arjuneeti... 6 years ago Love u Avika Gor! May u receive more success!

Avika.Gor 6 years ago Avika Gor rock as Roli in Sasural Simar Ka.
Your ROSID-ians love u.

And I wish all the best with movie.

I like you in both the shows...
Best of luck for ur new film

Sudharies 6 years ago All the best, Avika.
You surely are a beautiful talented actor. Wish you all the success in cine world.