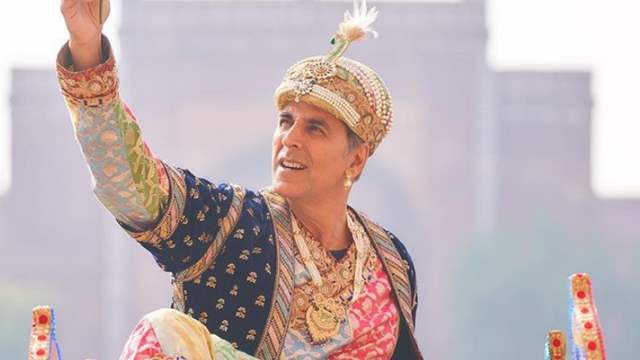 Last week, we saw a happy picture of Sara Ali Khan and Akshay Kumar from the sets of Atrangi Re.

Our excitement is now on a new high as Kumar dresses up as Shah Jahan in a new still. He also share a video twirling in front of the Taj Mahal. “Wah Taj,” he wrote.

His co star Sara also took to social media to share a picture of Akki dressed up in the fun avatar. “Because it can’t get more Atrangi than this. Not Shah Jahan- Mr Kumar it is @akshaykumar,” Sara wrote as caption.

Directed by Aanand L. Rai, the movie also stars Dhanush in a key role. Speaking of Atrangi Re, the romantic drama film is written by Himanshu Sharma, and produced under the studios T-Series, Colour Yellow Productions and Cape of Good Films.

While this is Dhanush’ third Hindi film, Sara Ali Khan will be seen in a double role for the first time and Atrangi Re marks Akshay Kumar’s 130th film. The film is scheduled for cinema release worldwide on Valentine's Day 2021.