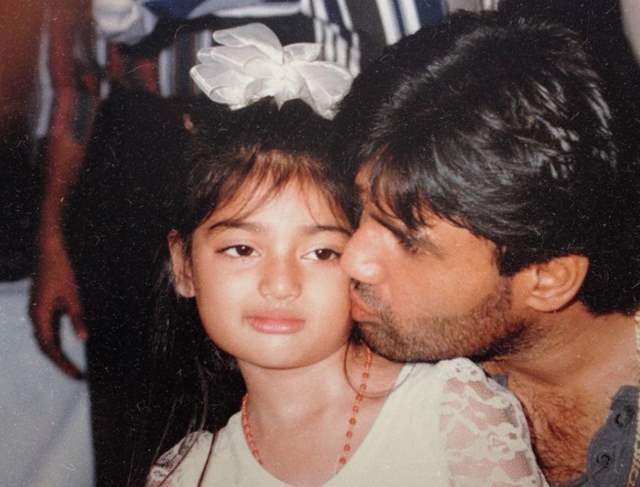 As actor Suniel Shetty turns a year older today, birthday wishes have started pouring in from all across the globe from his family, friends and fans. However, one of the sweetest wish comes from his daughter Athiya Shetty.

Athiya took to social media to wish her dearest daddy on his special day and called him her “bestest friend”, “wisest teacher”, “greatest protector” and “toughest workout buddy.”

Sharing some adorable pictures from her childhood along with her father, Athiya wrote

“to my wisest teacher, greatest protector, toughest workout buddy and my bestest friend, happy birthday! love you papa, nobody can match the size of your heart.  @suniel.shetty”

Baby Athiya and a very young Suniel Shetty make for an adorable father-daughter duo in these pictures.

Meanwhile, friends from the industry and fans also flooded the comments section with their heartfelt birthday wishes.

Suniel Shetty turns 59 today and in a career spanning more than 25 years, he has acted in more than 110 films.

He was last seen in Tamil Blockbuster Darbar with Superstar Rajinikanth in 2020.

"I feel Proud when I say that ours is the Platform of the ...
17 minutes ago

The Dispute Between Gabrielle Union & 'America's Got Talent' ...
18 minutes ago