Southern actress Asin Thottumkal, who started her Bollywood journey with "Ghajini", says she wants to focus only on commercial movies. 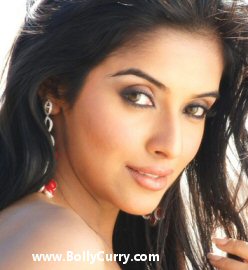 "Right now I am concentrating on commercial space. If in commercial space I get a good character, then I will cope up with that. But not deviating from commercial cinema because it reaches out to a larger audience," Asin told IANS.

"I want to stay in the commercial space...within that space if I get a fleshy character. I would love to do it," added the 26-year-old.

Her first Hindi film, Ghajini was a huge commercial success of 2008. However, her next release "London Dreams" with Salman Khan and Ajay Devgn bombed at the box office.

In 2010 came "Ready" in which she once again teamed up with Salman and it was huge hit.

Refuting reports that she is extra choosy, Asin said: "I am not the one who is in a hurry to do a lot of things. I think I have my own taste something that I am comfortable with.

"I do things in my own way and not under pressure. I have been accused to be extra choosy and I don't take it into consideration."

Kangana Opens Up on Instances of 'Big Heroes' Sexually ...
46 minutes ago

"She Has To Send Me a Complaint After Which I Will Look Into ...
59 minutes ago