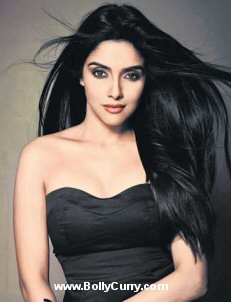 After getting an unexpected time off from work, Bollywood actress Asin Thottumkal planned to explore her adventurous side and went paragliding in Panchgani, where she is shooting for Rohit Shetty's "Bol Bachchan".

A fan of adventure sports, when Asin found out about paragliding opportunities in Panchgani, she jumped at it as she wanted to do something exciting, said a source.

In fact, the 26-year-old hired a cycle and after her shoot went cycling on a trail to make most of her stay in the beautiful town, adds the source.

"Yesterday met @MaheshNBhatt saab after long!I Received a pat on my back, lot of affection and his motivating and encouraging words for a scene," the actress, who is shooting for his next production "Raaz 3D", wrote on Twitter.

"It was a rewarding day as I felt like a good student! Made both @MaheshNBhatt saab and @TheVikramBhatt proud of me," she added.

The actress was last seen in "Jodi Breakers".

"I do believe that men always look their best when well-groomed and shaving is an integral part of it. For years, women have been known to doll up for their man and now it's time for men to reciprocate by shaving and being well groomed," said the 35-year-old stunner.

"I feel it is mostly clean shaven men who are able to sweep a woman off their feet with their presence and charm," she added.

Chitrangada, who was seen in "Desi Boyz", has associated herself with a 'No Shave, No Lipstick Movement' by Gillette.

According to the mantra of the movement, women are more likely to kiss a clean-shaven man on the cheek rather than a man with a stubble.