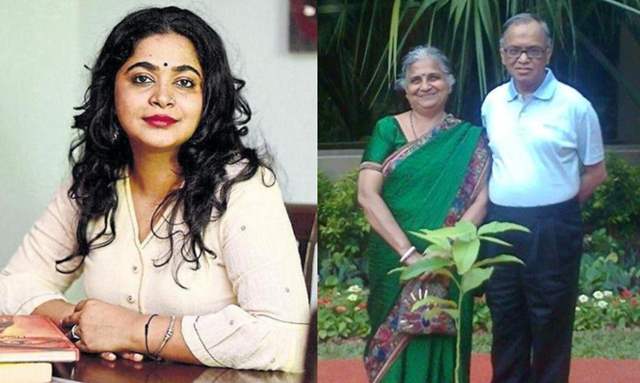 Ashwiny Iyer Tiwari is one of the most talented directors and her last release Panga was critically acclaimed by critics. In a career span of just 4 years, she has received a lot of love from the audience. Tiwari was also awarded as the title of best director for Bareilly Ki Barfi. She has been preparing for a biopic based real-life couple - Infosys co-founder NR Narayana Murthy and author Sudha Murthy.

However, she claims that it is a challenging task to work on a real-life story. The film, tentatively Murthy will be co-written by Shreyas Jain, Piyush Gupta and Ashwiny’s husband, filmmaker Nitesh Tiwari.

Ashwiny said she was enamored by the strong yet simple personality of the couple.

Talking to the PTI, Ashwiny said, "It is not only Sudha Murthy’s film. There are two strong personalities Sudha and Narayan in the film. The working title is Murthy, the meaning of which is making a difference."

The director said that she feels happy to have been chosen to bring an inspiring tale on-screen. "They are very simple people. They have done so much for society and the country. I felt their story needs to be told. It so happened that I was chosen to tell the story. They met me and said, I am right to tell the story, my track record is good and that doesn't show any kissing scenes," she said.

Ashwiny, who has made films such as Nil Battey Sannata, Bareilly Ki Barfi, and Panga, said working on a biopic isn’t easy.

"We are still writing it. We want to focus on getting it correct on the writing level. A biopic cannot be just written like a biopic, there has to be a good graph, there has to be a character sketch. If I do exactly like it is then it will be like a documentary. It is challenging. I will have to meet a lot of people and take their point of view in terms of their lives," she said.

The 40-year old director said nothing has been finalized yet about the cast and crew for the film. Besides this film, Ashwiny also has been signed by producer Ekta Kapoor for a film.

"I am co-producing it with her. We are almost done with writing then we will go to actors. It is a slice-of-life rom-com and will have my signature touch," she said.

Taarak Mehta Ka Ooltah Chashmah: Iyer Was Not Part Of The Original ...

Ali Fazal Is Spending his time Writing A Script in the Lockdown!

Miesha Iyer: Ace of Space gave me recognition and Splitsvilla gave me ...

Hina Khan, Aditya Narayan, Devoleena To Come Together To Remember ...

Ramesh Taurani Spoke To Sushant a Day Before He Passed Away; ...
34 minutes ago