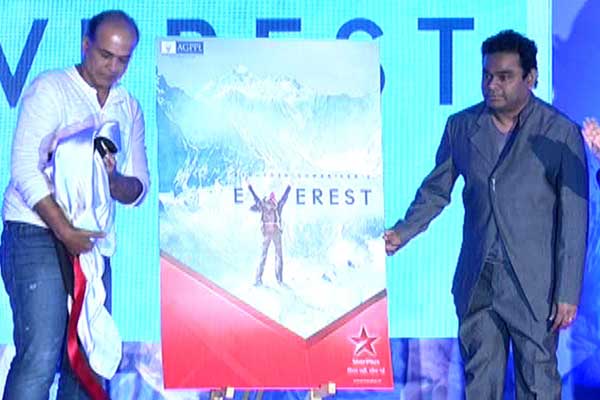 Star Plus announces its new show Everest produced by one of the eminent directors Ashutosh Gowarikar who has mastered in making outstanding movies like Lagaan, Jodha Akbar, Swades and many more. This show is going to establish a new trend in the TV industry.

The channel has always been a trend setter by bringing innovative concepts and through this show Everest it is all set to break the stereotype drama by presenting something new to the viewers.

Elaborating little on the story line, Everest depicts the story of a girl who aspires and dreams to summit the greatest and the highest mountain of the world  which is Mt Everest. She takes an oath to reach at the peak of Mount Everest when she discovers that she is an unwanted child and her father used to dislike her. So to impress her father and make a place in his heart she takes up the challenge to climb Mt Everest.

The crew consists some important and well known people from the industry. Glenn Baretto and Ankush Mohla who have directed many shows and films are the directors of the show. Mahesh Aney-  National Award winner is the director of photography.

Taking the show to another level the music has been composed by acclaimed music composer A.R. Rahman.

Well the upcoming show will be a trend setter for audience!

yessehm 6 years ago Hope this does not end up like Saraswatichandra and SLB leaving the show in the lurch due to dipping TRP's.
Sounds interesting but for usually different AND big names does not rake in the TRP's as seen time and time again.
ANyway, Good luck for the effort and sincerely hope it is well made and does well. Indian Television desperately needs to move away from the Saas Bahu/TRP family rut it is in. Sadly that is what gets the TRP's

luvbbat 6 years ago Wow! Sounds like an amazingly talented cast! Good luck to this show.

HydroxyGroup 6 years ago i hope its limited epi series ... n will end at right time

giyadd 6 years ago who will be the lead of this show ? sounds interesting..

simran_singh_24 6 years ago Wow!Good that SP is breaking away from the Saas-Bahu sagas.I like Airlines and now this.
Hope other channels follow suit & introduce more variety.
Good Luck!

R.A.J 6 years ago Normally these famous directors can't handle daily soap grind. They should try out seasons for the show.