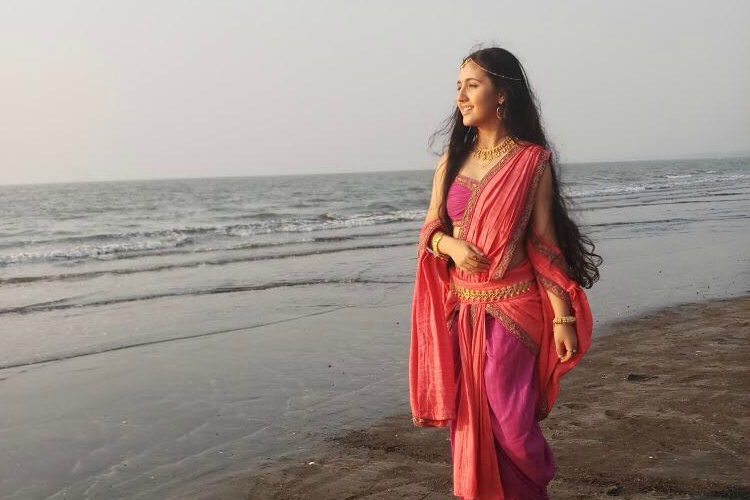 Sony TV show Prithvi Vallabh is all set to hit the TV screens soon, and there is a lot of buzz about the show given that it will mark the return of Telly actors, Ashish Sharma and Sonarika Bhadoria.
Apart from the leading duo, it will also mark a return of sorts for actress Ashnoor Kaur, who was last seen in Star Plus show, Yeh Rishta Kya Kehlata Hai.
We at India-Forums got in touch with her and quizzed her about her character, shooting for the show and more. Here's what she had to say about it.

When asked about her character, she said, "I'll be portraying the character of Vilas, who is the parellel lead and will be the niece to Mrinal's character, played by Sonarika Bhadoria. Vilas is very bubbly and is someone who can manage to change Mrinal's mood because she has a soft corner for her and she is one of the few who can stay put before Mrinal. She is very fond of Mrinal and wants to become like her."
"Amidst all of this, there will come a twist in Vilas' life where her bubbly and chirpy nature will change into this scared and quiet girl because of Satyashrey's entry, with whom her marriage is fixed. Towards the 30th episode, someone comes in her life as the healing element and it is with his support that she gains back her confidence and stands up for her rights," she added.
We asked her about how is it like shooting with leads Sonarika and Ashish Sharma, she said, "Sharing screen space with Sonarika di again after 2 years is a really good feeling, she is very down to earth and sweet, the way she meets me... everything is really nice. The way she treats me and all, it is really good to be around her."
About shooting with Ashish, she said, "I've hardly done a scene with Ashish bhaiya since we are from two different kingdoms, soon we are going to shoot a scene together and I am really excited for that."
On being asked why did she opt for the show, she said, "Umm, actually I've done many historical shows before I started with Jhansi Ki Rani and then I took a break in between where I did shows like Na Bole Tum Na Maine Kuch Kaha and Yeh Rishta Kya Kehlata Hai. What attracted me about this show is the character brief of Vilas, because this is more inclined towards a teenage and not really child-like as there will also be a love triangle ahead."
We sure are looking forward to the show and the actors as well, isn't it? Are you excited? Leave your comments below..

Zohra455 2 years ago Good luck for this new journey,Ashish Sharma,,

...Seema... 2 years ago I really appreciate ur courage of taking up this role Ashish Sharma.Best of luck