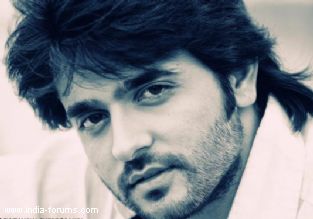 Actor Ashish Sharma, best known for his roles in TV shows like 'Rab Se Sohna Isshq' and 'Chandragupta Maurya', has revealed that as he tried his luck in movies he found it was difficult to enter in the film industry.

He believes that getting TV assignments is easier than acting in films as the latter is dominated by children of established people in the industry.

Ashish, who made his small screen debut with 'Gunahon Ka Devta' in 2010, had earlier featured in Dibakar Banerjee's 'Love Sex Aur Dhokha'. But he says entering the world of television is not as difficult as film industry.

"I started with a film. Around 80 percent of the films that are made today are either made with star's sons or producer's sons. So, yes, I believe TV is easier to break into as compared to film industry," he said here Thursday during the launch of his new show "Rangrasiya".

After establishing himself as a TV actor, he now has the liberty to do roles of his choice and has set certain standards.

"I wanted to do something better than what I've done in the past. People's expectations also increase with time. I've raised my bar, so had to take a project that reaches that level. We always see a trend on TV and others follow suit. I think 'Rangrasiya' will be a trend setter too," said Ashish.

Produced by Abhinav Shukla and Saurabh Tewari of Nautanki Films, the new Colors show is about intense love story between Paro, a village girl played by Sanaya Irani, and Rudra, a Bharat Suraksha Dal officer portrayed by him.

He describes his character as "real".

"The story is about love. It's fiction, but the characters are real. On TV, men (are) either too good or too bad, so they are unreal," he said.

7 years ago With your calibre and passion for acting and will to learn no medium is difficult you will go places and excel. Good luck God bless

7 years ago Hey ! Ashish is best known for his role in Gunahon Ka Devta. I dont know about Maurya, but Rab wasnt a patch on bhaiyaji. anyway, ashish always rocks.

+ 4
7 years ago What a freaking chemistry at start itself..I just wonder wat in kitty...
Ashish Sharma u are just freaking ht..love ur jaw line

7 years ago Sanaya Irani Ashish Sharma. was so amazing in today SBS episode

+ 6
7 years ago It's about good work Ashish.. I am sure you and Sanaya Irani will rock!

+ 3
7 years ago Ashish Sharma and Sanaya Irani rock! -- Ashish is excellent in this interview - and has a strength that comes across in his interviews - I love this pair already!

+ 4
7 years ago Ashish sharma waiting to see you as Rudra. ..l know dear you are such an amazing actor. ..love to see you romancing with beautiful sanaya.