You are here :
Advertisement
OVERVIEW ABOUT CAST FORUM
64
ARTICLES
24
VIDEOS 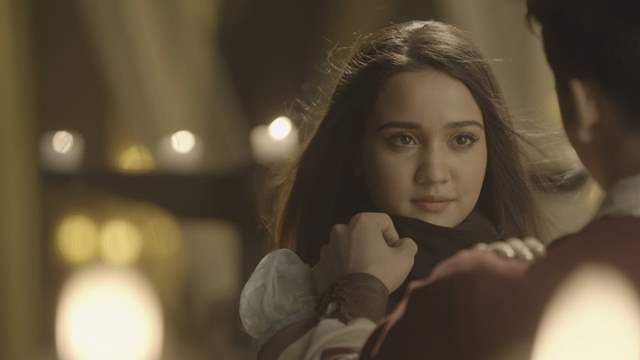 SAB TV show Aladdin: Naam Toh Suna Hoga has sure managed to create quite a fan base and it has received a great response so far. However, reports have it that the show is going to go off-air and it definitely left the fans a little heartbroken. As per the buzz, the show is likely to go off-air sometime by February 2021.

We got in touch with Ashi Singh aka the new Yasmine, and she had some really nice things to say about her journey. She went on to tell us, ''It has been a beautiful journey, I have spent very less time in this journey, even though it was just 6-7 months. I am glad that I decided to become a part of the show because I wasn't sure of it earlier, I did not want to do a fantasy show. After doing it, I realized just how much I loved doing the character and it turned out to be a great experience for me, I would have missed so much in life if I hadn't done this. I am glad that something that probably wasn't there in my life happened.''

She further adds, ''Of course, I am sad about the show going off-air, but I am okay with the fact that we did not drag the show and ended it when it should. When the news about Aladdin going off-air came, fans trended us on Twitter, so that is the love we still have and it feels really good to know that we are going off-air with all the love the fans have for the show. I am just really glad I did the show.''

Meanwhile, when we asked her if she has signed up for a show just yet, the actress revealed, ''I have auditioned for 3-4 shows, so I can't comment anything on it just yet.''

While it is true that fans will miss the show, they can gear up to see the star on screens with something new soon!

Juhi_04 10 days ago Show has dragged anyway long before she entered. It was supposed to end after Mallika track pre-lockdown but since Ashi replaced Avneet post-lockdown they dragged the show more as it would be unfair to bring a famous actress for just a month. Ashi was also good as Yasmine but show ruined after 500 episodes and its male characters butchered by making them say and do sexist things. I had to stop watching it due to this. It was not Ashi's fault but makers faults to show these nonsense scenes. Reincarnation twist was worst mistake of makers which only lowered ratings even more ruining love story built from 2 years.