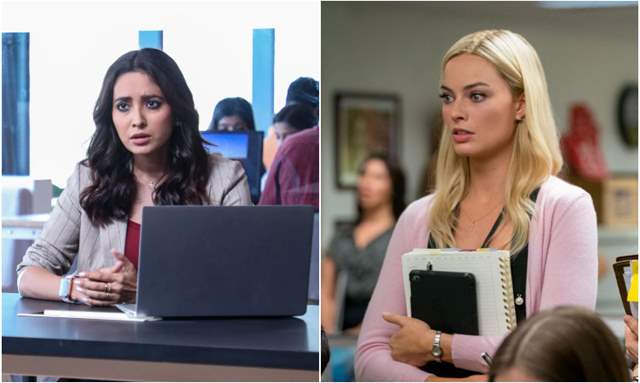 Tinsel town's heartthrob Asha Negi is one of the finest actors of the entertainment fraternity. Known as a fashionista and a popular household name, Asha Negi has left no stone unturned in transforming herself by playing diverse and multi-layered characters in her digital presence. From working with a team to trace her emotional journey basis her character, to creating movement on her physicality, she has done it all.

The 'Baarish' actor is all set to surprise her fans with her role as an investigative reporter in Abhay 2 on ZEE5. The show which recently released three episodes of the series portrays the gorgeous actress as a suave journalist. A strong and fierce individual who is stepping up the ladder of success at a phenomenal pace due to her strict adherence to truth. With an aim of acing every role that she enacts and deliberately choosing challenging and experimental roles to explore her versatility, Asha Negi took inspiration from Margot Robbie’s persona of Kayla Pospisil from the acclaimed movie 'Bombshell'. While Margot Robbie received accolades and immense appreciation for her amazing performance as Kayla Pospisil, Asha was truly inspired by her part in the film.

Sharing insight on the same Asha Negi mentions, "Margot Robbie's performance in Bombshell is phenomenal, an act which one can never forget. As an actor, while we try different roles, there is often a person or their rendition of a personality who inspires us and for me, it was Margot Robbie's character in Bombshell. In the film, she also played the part of a broadcast journalist and watching her character helped me to work on my body language, my communication which was an essential component. I truly hope the audiences like my presentation of a journalist."

It would suffice to say that Asha Negi is sure to impress her loyal fan base with her stellar avatar of a reporter who will stop at nothing to unravel the truth along with Kunal Kemmu in ZEE5's Abhay 2!

priya185 1 months ago Good luck to Asha. Though I did not like Abhay season 1 it was an extremely boring show with a bad screenplay