View Profile
After making an excellent entry in the industry with the song Ankhon mein tera hi chehra, Aryans sheltered permanently in every music lover’s heart. Now, after doing so many songs and numerous stage shows, they are ready to debut in Bollywood with the forthcoming film Woodstock Villa. Aryans, this time, are resolved to rock the villa with the juvenile number called Kyun… Let’s spend a few moments with the rocks stars, the Aryans….

Q. It’s long since Aryans have been away from the limelight. So, what were you up to all these days?
A. It’s not like that. We have been always busy working on our private albums and composing beautiful stuffs. Again, we were traveling all across the globe doing stage shows. You wouldn’t believe that every year we do around 80 to 90 shows all over, which, in a way is helping us to get matured, also. 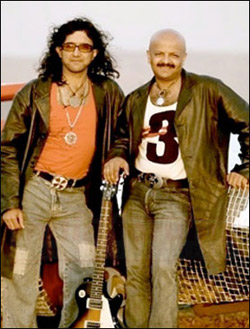 Q. Tell us about the song you composed for the film Woodstock Villa.
A. We have experimented with new sounds in Kyun... It is a non-fearing kind of music with hard drums, high intensity, high energy level and everything that we, Aryans, are associated with.

Q. How was it working with the team of Woodstock Villa?
A. It was very nice. It was a homely atmosphere all around. It's a debut for Aryans in films with this rocking and wonderful song. Since a long time, we were waiting for the correct moment to enter Bollywood. We really enjoyed working in this film.

Q. Do you do everything from writing to composing and singing?
A. Yes, we do everything by ourselves and for the song called Kyun… we have been associated with every department of music.

Q. Will you like to compose for any classic films?
A. It depends. We will have to interpret it in our way. We don't want to repeat something but would like to create something new, like what was done in the film Rang De Basanti, where the historical characters were shown in a new and different format.

Q. What kind of music Aryans like to play?
A. Music in a sense that will have melody, fantastic vocals and good lyrics which has to be original and never the way others do. It has to be fresh and rocking stuff with high energy level. We expect competition with other rock bands of the country with this kind of rocking work only.

Q. Your take on different reality shows aired on television…
A. All the shows are making good money. Actually the question should be asked to the television and telephone companies. They don't create new shows but carry on with the old process dumping the previous winner. There cannot be a comparison between Kishore Kumar or Md. Rafi with a kid or a teenager. It's a mockery man. It is the tragedy of our county. You can say that it’s all about making money. If people can write their own lyrics, compose their own songs and then sing it and get applause then it is a competition. People should make a group or a band with their own song and not of others. Make your own song and enjoy your deserving applause amongst hundreds present there.

Q. If offered, will you like to judge a reality show?
A. We got couple of offers but it should be of our kind and not a mockery type of a show. It should be a real reality show and most importantly we have to be able to identify us with it.

Q. Your future projects?
A. There are few films coming our way and we have been approached by lots of big banners. But it’s too early to talk about those projects. 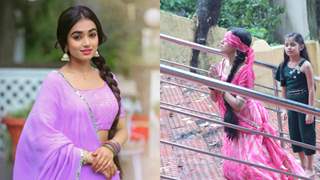