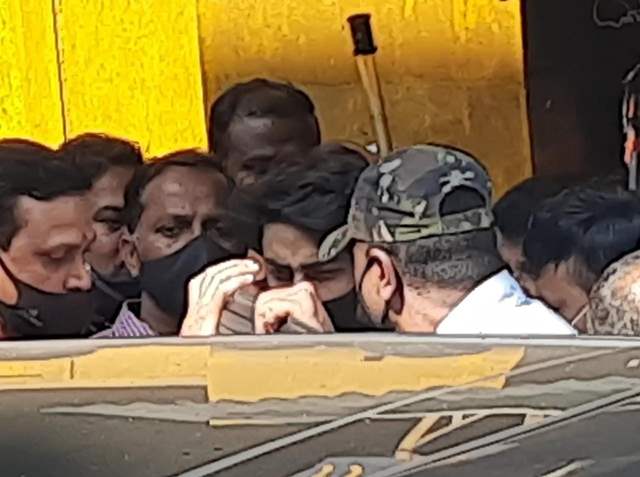 Shah Rukh Khan's son Aryan Khan is now finally a free man. After being in the jail for more than three weeks, the star kid has finally been released from the Arthur Road Jail where he was locked up following his drugs case.

A few minutes ago, Aryan was spotted leaving the jail and as per reports his mom and dad, Shah Rukh Khan and Gauri Khan had arrived to receive him. While there were no glimpses of SRK and Gauri captured by the photographers, it is been said in various reports that both his parents had left their home, Mannat this morning to receive him.

Both, Srk and Gauri had left their home in their respective cars.

Further, people who had gathered around his car have revealed that upon reaching his car and seeing his parents, Aryan got emotional and broke down.

Reportedly, Aryan Khan had “an emotional” reunion with his parents Shah Rukh Khan and Gauri Khan on Saturday morning as he finally got to go home from Mumbai’s Arthur Road Jail more than three weeks after his arrest following a Narcotics Control Bureau (NCB) raid on a cruise ship party on October 2.

As per reports in News18, an emotional Aryan Khan hugged his parents Shah Rukh Khan and Gauri as he reunited with them almost after three weeks.

“AbRam was happy to have his big brother back home, but he didn’t know why everyone was crying. Suhana, who is away, connected over video call and tears of joy flowed. It was a very emotional moment,” a close family friend told BollywoodLife.

Here are a few photos of Aryan leaving Arthur Road Jail and heading home with his parents. 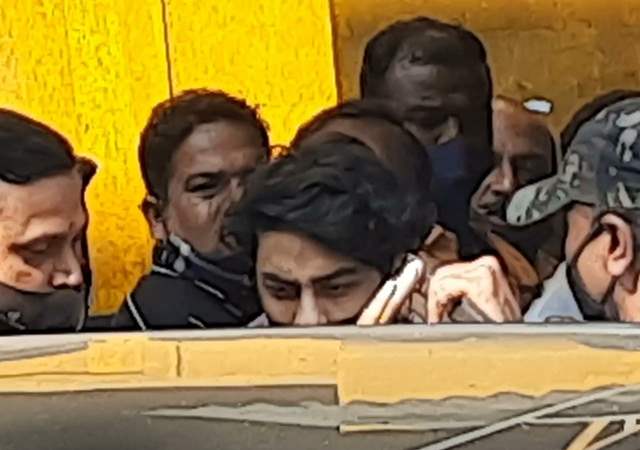 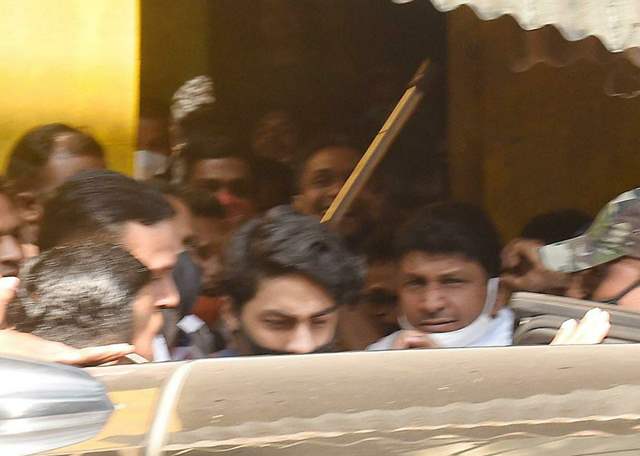 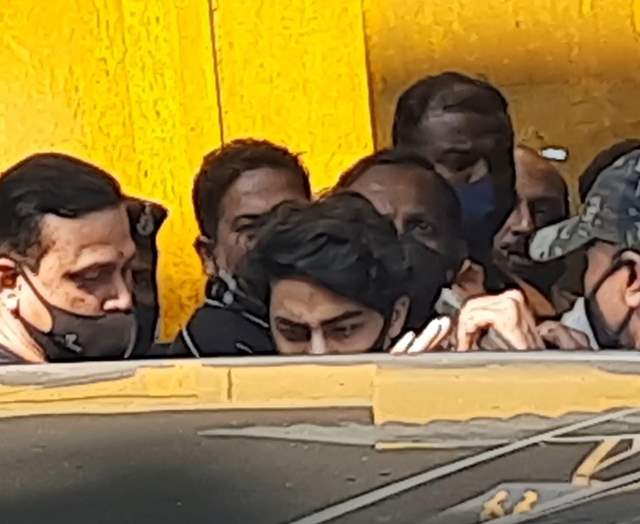 For the unversed, on October 28, 2021, Thursday, Aryan Khan was granted bail by the Bombay High Court after many repeated attempts and various lengthy court proceedings.

Aryan was previously denied bail twice, both by a Mumbai magistrate court and special anti-drugs court in the case. Aryan Khan was granted bail by the Bombay High Court along with two other co-accused in the case, Arbaaz Merchant and Munmun Dhamecha.

The Bombay High Court, in its bail order, has mentioned 14 key points and conditions as per reports doting daddy Shah Rukh Khan is making sure that his son Aryan follows all the conditions properly.

The conditions include "not leaving the country without permission, not indulging in similar activities, not communicating with other accused like his friend Arbaaz Merchant, and not talking to the media."

According to the bail order, Aryan has been asked to submit his passport before the Special Court and that he cannot leave the country and even Mumbai without prior permission from the Special Judge for NDPS at Greater Mumbai.

Every Friday, Aryan Khan will have to appear before the Narcotics Control Bureau (NCB) at their Mumbai office.

Aryan Khan has also been asked not to communicate with any co-accused involved directly or indirectly in similar activities and that he must not make any statement regarding the aforesaid proceedings pending before the Special Court in any form of media i.e. print media, electronic media etc. including social media.

2 months ago This case has to be on top on how not to treat a drug case!!! I am not sure if he consumed drugs but if he did he belongs to rehab not JAIL!!! You don’t push addicts to this limit!! He is a patient not a peddler!! I don’t think SRK’s son had a side business of selling drugs!!! I have seen people with aggravated crimes be treated way better than him!! Pathetic to say the least!!

2 months ago Lol IF even u too? So many fake tales regarding this case. Media had a field dayI dont know whether he was guilty or was framed but if he takes drugs i believe he should be in a rehab more than jail so hope his parents will work on that. If he was framed shame on everyone involved

+ 4
2 months ago Why do media cares alot about these star kids who are nothing and have 0 achievements in life?

+ 4
2 months ago Aisi kahaniyan toh mat banao yaar. Aryan’s parents didn’t go to receive him. SRK’s bodyguard did. He may have cried inside Mannat but we don’t know that and sharing random pics claiming that he cried isn’t good journalism. Fans have had enough of media sensationalising the poor boy’s misery.

+ 8
2 months ago They traumatized him over 6 gm of weed in his friend's shoe just for political gains. Poor guy got his civil rights to bail violated for being a superstar's son. And they paraded and humiliated him on an international level. May karma come and get them all.