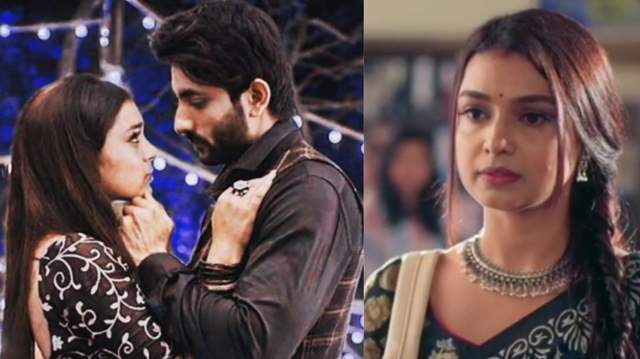 Star Plus show ‘Imlie’ is getting quite interesting with each passing episode. The current track of the show revolves around Imlie finally being able to expose Jyoti. Aryan is heartbroken and made sure to get Jyoti arrested. Aryan has been quite guilty for his acts and is not able to see eye-to-eye with Imlie.

In the upcoming episodes, Aryan and Imlie share an emotional moment and Aryan repents his actions and says that he fears losing her. Imlie comforts him and tells him that theywill never separate they share an emotional re-union. They hear a baby’s cry and see that a girl child has been abandoned. Aryan and Imlie decides to take the baby home until they find the real parents.

Arpita and Sundar inform Narmada about Jyoti and her acts leaving her shocked. Aryan and Imlie come with the baby. Imlie tells everyone that they found the baby abandoned and have decided to give her a shelter and love until they find the real parents of the baby. Neela opposes the decision but Aryan gives it back to her.

Malini makes a grand entry as a dean of a college. A young village girl is excited to fill the form and get admission in the college. She asks the other girl about Malini and what does she don’t like. Malini enters and sternly tells her that she hates young girls who come from a small village and try to make it big in the city and take the rights of other people. She tears off the form of the village girl and asks her to go back to her village as she must be extremely proud to belong to that village.

Malini resumes work right after delivering a baby girl. She thinks to herself that she has played her cards and knowing Imlie, she would definitely act as per her plan which can be indicated that the baby girl belongs to Malini.

+ 7
4 months ago Loved the first half.. sumbul fahmaan just nailed the emotions.. they live as arylie

+ 12
4 months ago Still crying, not recovered from the beautiful episode 🥺🥺