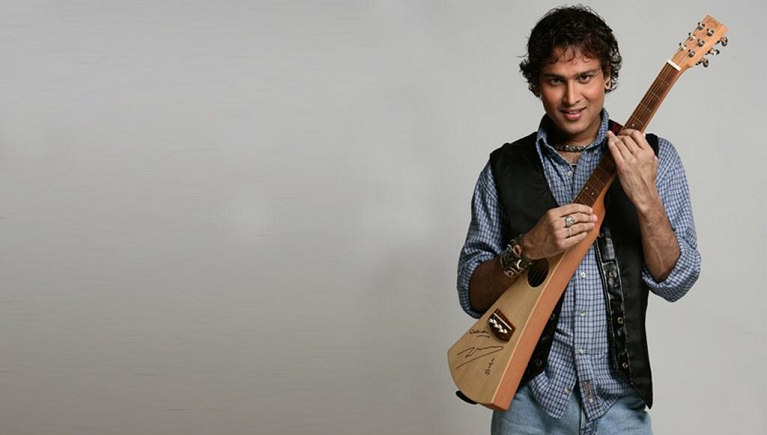 Assamese actor-singer Zubeen Garg, who puts his fame to good use by raising his voice against groups that dictate terms or strikes in his home state, says artistes can't be ordered to do something and that they should be "rebels with a cause".

India, as a whole, has seen artistes getting barred from performing in the country or not being able to showcase their art without their work being brutally censored. Zubeen, who defied the diktat against singing Hindi numbers during Bihu celebrations three years back in the northeastern state, believes that artistes need to be rebellious for good.

"Artistes can't be dictated. Artistes should be like rebels with a cause. Culture has no barrier. Culture shouldn't be mixed with politics. I fight a lot here and people support me because they love me," the "Ya Ali" fame singer, who enjoys cult status in Assam, told IANS here on the sidelines of the ongoing Rongali - Destination, Culture, Harmony - a festival of Assam.

On the opening day of the fest, which will conclude on Sunday, he performed on some of his numbers including a Bihu song titled "Morilong morilong lagi jai".

And now he is "trying hard" to save the state's popular one-horned rhino, which is considered to be among the world's most endangered species.

"I am doing rallies and awareness programmes to help the rhinos and create awareness about the animal," he said.

The artiste, who has been entertaining the masses for over two decades, is also trying to push the regional film industry.

"I got camera equipments here to promote our film industry. I am also working on my film 'Mission China', which is probably the costliest film in Assam. The budget is expected to go up to Rs.2 crore. It's a seasonal film, so, I can shoot only in winter.

"I had to wait for summer to end. I will start shooting soon and release it in October," he said about the bilingual film, which will be released in Assamese and Bengali.

His dedication to projects and people in Assam are in a way keeping him away from Bollywood.

"I sang in many Bollywood films, then I got bored with Mumbai and I have so many responsibilities here and even in Bengal. I have so many projects. Plus, I do a lot of social activities. I have an institute called Abhinaya that I am promoting as much as I can. Then I do a lot of shows every month," said the "Dil tu hi bataa" hitmaker.

He might not be regularly seen in the mainstream space, but his fans across the country will soon get to hear him singing in a "big movie" soon.

"I recently sang in one big movie titled 'Kabil'. Hrithik Roshan is the lead actor. It is Rakesh Roshan's movie. I will be visiting Mumbai next month for Mahesh Bhatt's film," he said.