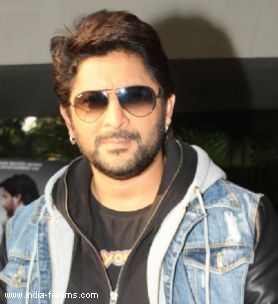 On Saturday, actor Arshad Warsi started the "action" for Subhash Kapoor's "Guddu Rangeela", and he is geared up to face the heat and dust during the 10-day schedule.

"Goodmorning. Action for 'Guddu Rangeela' starts today...10 days of heat, dust, dirt, pain," tweeted the actor, who shares the frame with others like Amit Sadh and Aditi Rao Hydari in the film.

Amit was left injured while filming the movie in Shimla mid-March. The leg injury had knocked him out of action for a while as he even had to undergo a surgery. But the young and talented "Kai Po Che!" actor is now back on his feet and raring to go.

He resumed the shooting of "Guddu Rangeela" five days back, said a source close to Amit.

The source said: "After many rounds of physio and doctor visits, Amit has recovered pretty fast. Subhash was kind enough to hold the shoot for Amit for almost two months, and now the shoot has resumed in Wai, close to Mumbai."

Meanwhile Amit is also making sure that his injury doesn't come in the way of the shoot anymore.

"He is committed to the project as he had already lost time and now is making sure his injury doesn't affect the shoot anymore," the source added.