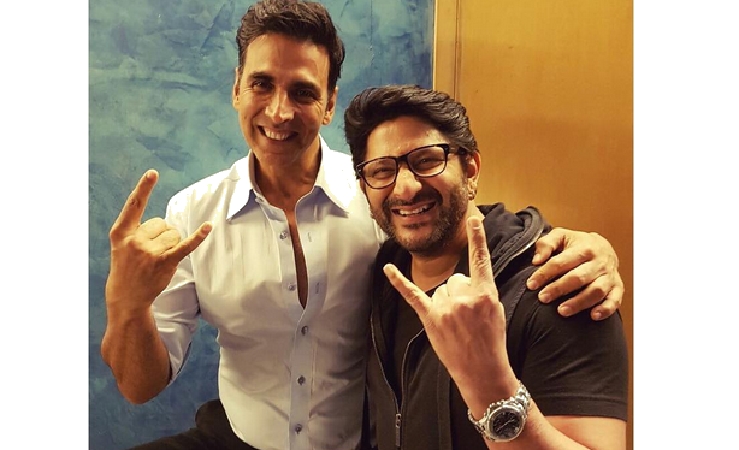 Actor Akshay Kumar's court drama film 'Jolly LLB 2' will hit the silver screens tomorrow. The actor had been busy promoting the film all over places. The film's first installment featured Arshad Warsi in the lead role but this time it's Akshay who will be seen as the lead character in the film.

Earlier, there were many reports stating that Arshad was upset with the makers of 'Jolly LLB' series for not retaining him in the film. But the 'Khiladi' actor had denied all such reports.

Arshad's recent gesture has now turned down all the rumors that stated him to be unhappy with 'Jolly L.L.B' team. Just a while ago, he attended the film's screening to watch the sequel.

Akshay posted a picture of himself with Arshad thanking him for his support in the film. He also appreciated Arshad for joining him at the film's screening.