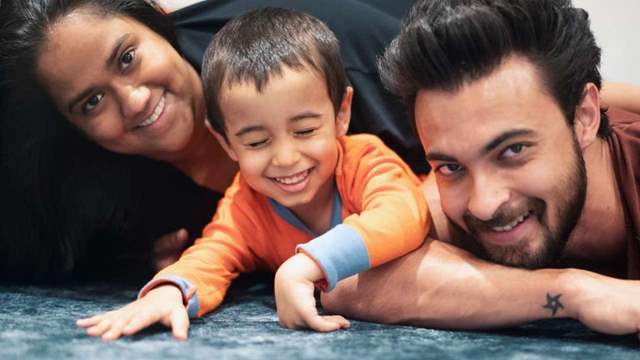 For a long time, there were reports about Arpita Khan Sharma expecting her second baby with husband Aayush Sharma. A few days back, Aayush put up a video on his social media account and confirmed that they are soon going to embrace parenthood for the second time and now, the mommy-to-be again, Arpita has confirmed her pregnancy and also revealed her due date during an interview with Spotboye.

Arpita and Aayush have a 3 year-old son, Ahil Sharma, so when she was asked if the second baby was planned she said that they always wanted a second child but it wasn't a planned one this time.

Talking about her baby number 2, Arpita revealed that, "We had decided that we'll have a second child at some point. But no, this wasn't planned. However when we realized that I was carrying, we were just elated."

She then revealed her due date and said that the baby will be arriving in January 2020 and upon asking if she or her husband Aayush want to have a son again, she said that they don't have any preferences and whatever God blesses them will be accepted with open arms.

"I am due in January. Nothing like that. I just want a healthy baby. He (Aayush) too has no preference- son or daughter, either would be equally welcome."

When asked if they have thought of any names, Arpita said, "Nahin, abhi tak nahin. Let's first see if it's a daughter or son."

On a concluding note when the mommy-to-be for the second time was asked about her Bhaijaan and superstar Salman Khan's reaction to the news she said, "The entire Khan-daan is overjoyed."