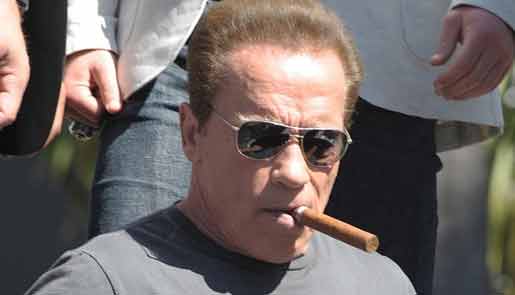 "Hello India! I want to congratulate a great director Shankar for directing 'Ai'. It's a spectacular movie with a lot of visual effects and I'll be coming over there to India to celebrate the grand launch of the audio of 'Ai'. It's going to be a spectacular event and I'm really looking forward to it.

"Chennai, Sep 15, I will be there for the great celebrations. Hasta la vista, baby," the "Terminator" star, who has reportedly made a cameo in the film, said in the video, which was posted on the online platform Friday.

A description of the video reads: "Watch the Macho, Arnold Schwarzenegger, share a special message with his fans in India. The Terminator visits Chennai to be a part of the grand audio launch of A.R. Rahman's magnum musical, Vikram starrer 'Ai' by ace director Shankar. 15th September, Don't Miss It."

"Ai", which has been in the making for over two years, features Vikram and Amy Jackson in lead roles. It has been reportedly made on a budget of Rs.180 crore.

The movie will release during Diwali.