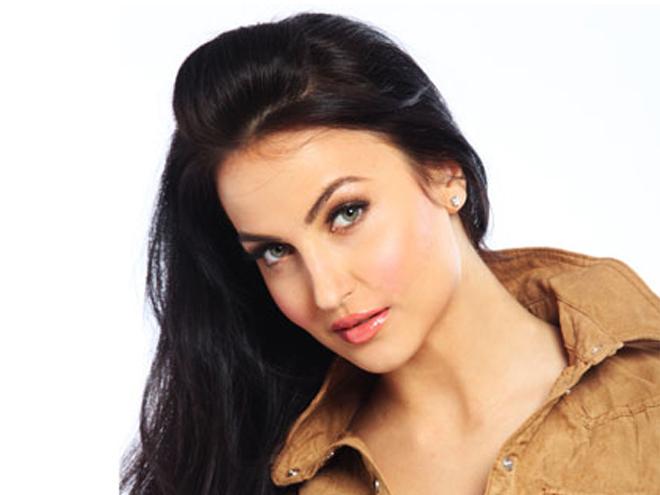 The 23-year-old is the latest to join the list of evicted contestants from the show after she was eliminated on Saturday.

The show saw series of controversies, which included actor Kushal Tandon being ousted from the game for misbehaving with fellow contestant VJ Andy.

Elli, who was earlier unhappy with Kushal's actions, feels that sometimes Armaan's behaviour also upsets people inside the house. But they can't do anything about it.

"I don't feel that everyone in the house is happy with what he (Armaan) is doing. Kushal's case was not our decision and Bigg Boss took it. It was the same case for Armaan and many times participants demanded him to be removed, but the show decided to keep him," said Elli.

"People in the house have been upset with Armaan's language when he gets angry, but at the end of the day it is Bigg Boss' decision," she added.

However, Elli also admits that Armaan does not put up a fake persona in front of others.

"Armaan already said that he is playing game. I don't think he is putting up a mask or trying to be nice to others purposely. When he feels something, he just says it and does not pretend to like you," she said.

lucky17 6 years ago Agree.. there is something going on with Salman this time. He has taken things too personally with Kushal. It looks so awful on TV. he needs to act neutral that he claims but he is not. As Elli said, Arman has done it many times but he did not get same treatment as Kushal. I am not a big fan of either of them but I am just irked with Salman's favoritism and support for abusive behavior that Arman puts up. Even this weekend episode, they kept talking about how Kushal is sharing news from outside in the house. Guys... I have been watching this show from 1st season and when did it happen that someone who went outside and came back did not give their view of Public... why a big FUSS about it if Kushal did it.. Why did Salman break the rule this time when the vodophoen caller called.. WHy allowed her to ask two questions and that too directed to Kushal???? This is so irritating..

sitakshii 6 years ago hey Elle miss u so much dear
hoping to see u and salman soon in a movie :)

Ninja. 6 years ago But still Armaan will be always a 'God' to Tanisha. He can never be wrong. If you have any doubt on that, ask his slave Tanisha.

sonia_koolkhan 6 years ago awww missing u so much Elli . Plz come back . love u alot

Taapsee Pannu: Will ‘break all ties’ with Anurag Kashyap if ...
13 minutes ago

Bigg Boss 14: Kavita Kaushik shuns reports of being a part ...
32 minutes ago