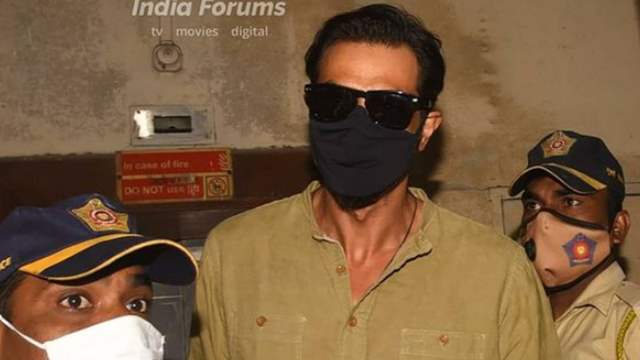 Trouble might still be intact for Bollywood actor Arjun Rampal as the Narcotics Control Bureau has found discrepancies in the actor’s statements regarding a drug case.

“The investigation is on in Arjun Rampal case we have not given him a clean chit. We have found a discrepancy in the statements given to us and therefore examining it. And if the need arises we will call him again” Zonal Director Sameer Wankhede was quoted as saying by Times of India.

Arjun Rampal and girlfriend Gabriella Demetriades came under the scanner of the NCB after their Mumbai residence was raided by the officials. During the raid, NCB officials reportedly found a banned drug and also confiscated a few electronic gadgets and a prescription.

The duo was even grilled for several hours before the agency and a report in India Today recently reported that Arjun Rampal can be arrested by the NCB if the doctor’s prescription that he submitted to the agency is found to be fake.

Read more about it: Arjun Rampal likely to be arrested by the NCB in Drug Probe

Besides, the NCB had arrested Gabriella Demetriades' brother Agisilaos Demetriades for possession of narcotic substances after they seized hashish and alprazolam tablets from him. He has been granted bail by a special NDPS court with a surety of Rs 50,000 and was also asked to submit his passport and not to leave the city without informing the Narcotics Control Bureau.