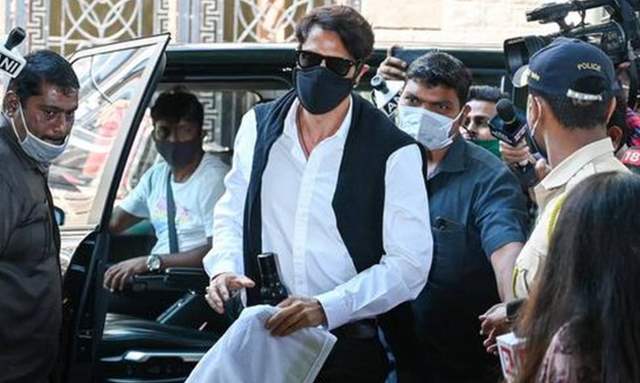 In the aftermath of Sushant Singh Rajput’s sad demise, Bollywood celebrities have been devoured by allegations of using contraband substances. So far, many A-list actors have been summoned by the Narcotics Control Bureau (NCB) for questioning in the on-going drug case and the nation continues to see new developments with every passing day.

Recently, actor Arjun Rampal grabbed the headlines after he was summoned by the NCB for the drug case.

The Rock On actor has finally appeared before the NCB on Monday, 21 December, reported ANI. Rampal was reportedly summoned on 16 December by the NCB, but he had sought time to appear before the agency.

Previously, the NCB had conducted a raid at Rampal’s Mumbai house and reportedly found a banned drug at his residence. The agency had seized electronic gadgets such as laptops, mobile phones and tablets during the search and also questioned Rampal's driver.

A drug angle had uncovered after the death investigation of Bollywood actor Sushant Singh Rajput. Several A-lister celebrities including the likes of Stars like Deepika Padukone, Shraddha Kapoor, Sara Ali Khan, and more were questioned after Rhea Chakraborty was arrested by the agency. Rhea and her brother Showik Chakraborty are currently out on bail.