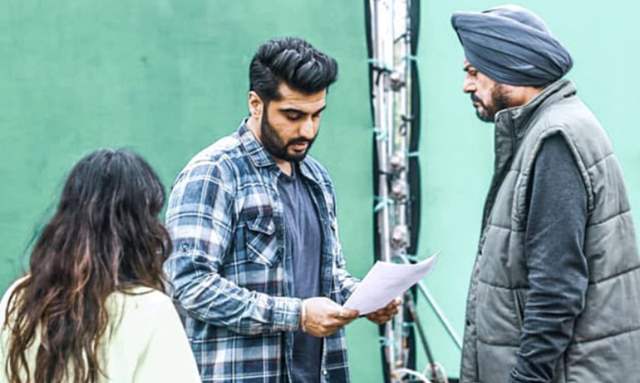 Actor Arjun Kapoor has completely recovered from his recent setback after he was tested positive for Coronavirus. The Namaste England actor has finally returned to sets post-treatment and spoke about his experience during his recent interaction with Mid-Day.

Arjun posted a picture of him on the sets resuming shoot for his upcoming project and informed his fans that he is finally back to his 'happy place'.

It feels great to be back on the sets again! Sets have been my home for as long as I can remember. When I wasn't an actor, I was still on the sets getting wowed and getting inspired. This year with the pandemic hitting us hard, plus my own battle with the virus, I have missed being on the sets. But now that I have tested negative to coronavirus, I'm glad to be back where I belong.

The actor contracted the virus last month and had taken to social media to share the same. He also informed that he was asymptomatic and will be under home quarantine.

Meanwhile, on the work front, the actor has a number of shoots lined up ahead of him. He will be next seen in director Kaashvie Nair’s debut project,a cross-border love story co-starring Rakul Preet Singh.

Speaking to Mid-Day about his shooting schedule, Arjun said, "A lot of shoots have been lined up for me and I'm looking forward to soaking in all the energy. Today, being back on the sets, I feel like a kid in a candy store. I have missed interacting with creative minds, missed learning and getting better at my craft. So, I'm really, really excited about being back!"

Arjun Kapoor announced his test results via social media. Sharing the good news, he expressed his gratitude towards the BMC and frontline workers. Arjun also requested everyone to wear a mask and take the virus seriously.