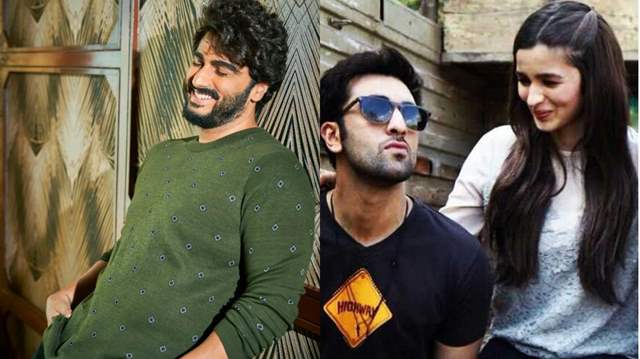 Arjun Kapoor and Ranbir Kapoor, among other Bollywood stars, recently attended filmmaker Luv Ranjan's wedding in Agra. After the celebrations, the duo went to see the Taj Mahal together.

The Ishqzaade actor took to Instagram to post a photo of himself with the Taj Mahal, which was clicked by Ranbir. He captioned it,

‘When Ranbir Kapoor the artist emerged inspired by the Taj + Me...’

"Haha finally you both saw the Taj."

"@rakulpreet ya he saw it with me first instead of going with Alia."

The Gangubuai Kathiawadi actress and Ranbir Kapoor have been dating for quite some time. Since they made their romance official, they've been painting the town red with their love tale.

Alia claimed in a recent interview that she has been married to Ranbir for a long time in her brain. The actress went on to say that whenever they do marry, everything would go smoothly and beautifully.

The couple will be seen sharing the screen space for the first time in Ayan Mukerji’s ‘Brahmastra’. The film will also feature Amitabh Bachchan, Nagarjuna Akkineni, and Mouni Roy in lead roles. It is slated to hit the theatres on September 9, 2022.

Apart from this, while Ranbir has films like ‘Animal’, ‘Shamshera’, and Luv Ranjan’s untitled next, Alia has ‘Gangubai Kathiawadi’, ‘RRR’, ‘Rocky Aur Rani Ki Prem Kahani’ and ‘Takht’ in her kitty.

Arjun, on the other hand, has ‘Kuttey’ and ‘Ek Villain Returns’ in the pipeline.