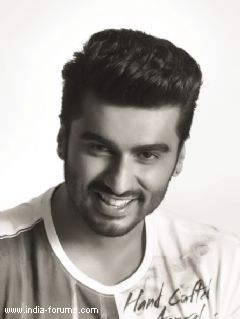 Commenting on the partnership with Arjun Kapoor, Mr Dubey said, "Flying Machine is the vanguard of youth trends and hence our next Brand Ambassador also had to be someone who's seen and believed to be the new cool. With noteworthy performances behind him, quite a few big releases ahead and his zeal and commitment to be in the big league, we believe Arjun Kapoor is all set to be "The New Cool" not just in the  film industry but with youth at large. He's leading a cultural shift where bold new subjects are being taken to the target audience and a new youth culture is being defined. He's definitely a youth icon with a real persona and that is a glove-fit for Flying Machine, a cult icon itself."

Sharing his excitement the Bollywood actor, Arjun Kapoor said, "I've always believed style is a way to say who you are without having to speak. It's reflected across all the choices I've made be it films, events or otherwise. Flying Machine has historically spoken volumes be it with their trendy clothes or their stylish campaigns. I'm super-excited to be taking over as their new brand ambassador and with their trippy new campaign; I'm hoping we are able to really define 'The New Cool'. Here's looking at an exciting new ride!"
0 Likes